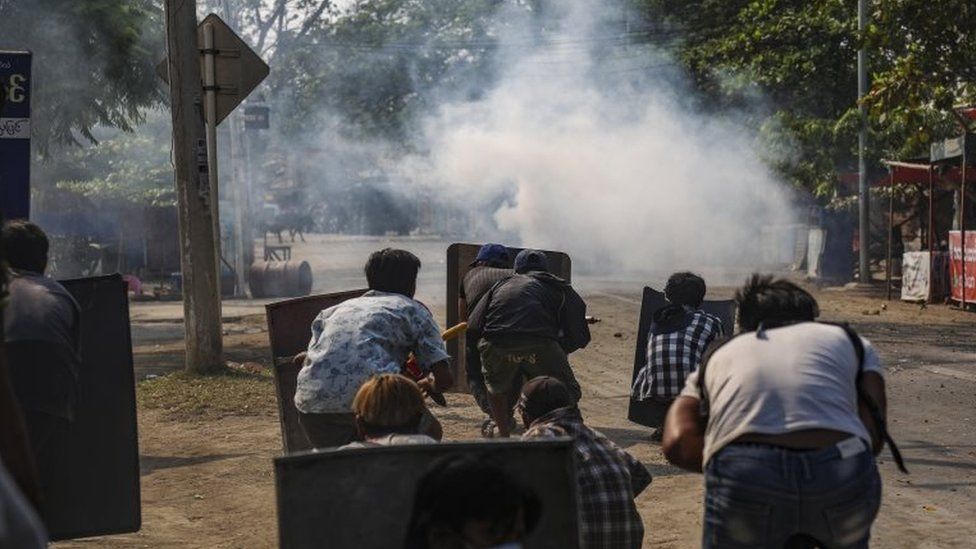 The leader of a group of Myanmar politicians ousted by a military coup has vowed to press on with a “revolution” against the authorities.

In his first public address, Mahn Win Khaing Than said “this is the darkest moment of the nation and the moment that the dawn is close”.

From hiding, he leads a group of legislators who have refused to accept last month’s coup.

As many as 12 protesters are reported to have been killed on Saturday.

Myanmar (also known as Burma) has been gripped by street protests since the military seized control on 1 February and detained Aung San Suu Kyi, the leader of the National League for Democracy (NLD) party.

The NLD won a landslide victory in last year’s election, but the military said the poll was fraudulent.

In a speech on Facebook, Mahn Win Khaing Than said: “This is the time for our citizens to test their resistance against the dark moments.

“In order to form a federal democracy, which all ethnic brothers, who have been suffering various kinds of oppressions from the dictatorship for decades… this revolution is the chance we can put our efforts together.

“Despite our differences in the past, this is the time we must grip our hands together to end the dictatorship for good. ”

The military considers the CRPH to be an illegal group, warning that anyone co-operating with them will face treason charges.

On Saturday, at least 12 protesters were killed in Myanmar, according to BBC Burmese and eyewitnesses. (Courtesy BBC)