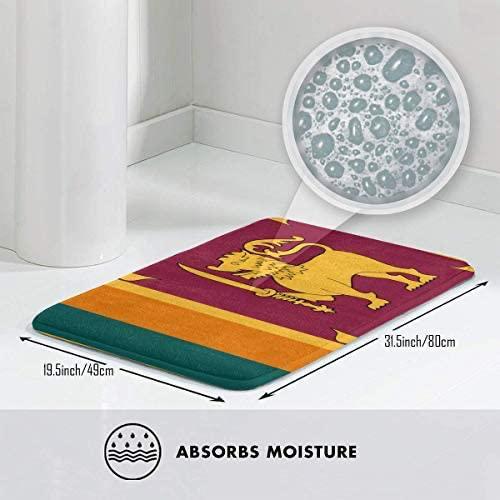 China says it has taken note of Sri Lanka’s concerns with regards to a doormat sold on Amazon with a print of the Sri Lanka flag.

The Chinese Embassy in Colombo said that the concerns raised by Sri Lanka are being investigated.

“National Flags must be fully respected. Concern has been conveyed for investigation. Similar products are sold by sellers from various countries on Amazon. China has been supporting Sri Lanka for its peace, prosperity and dignity for decades,” the Chinese Embassy in Sri Lanka tweeted.

Foreign Secretary Admiral Professor Jayanath Colombage had informed the Sri Lanka Embassy in Beijing yesterday to contact the manufacturer, who is based in China.

The Foreign Ministry said Colombage had directed the attention of the Chinese Embassy in Colombo to address the matter as well.

Admiral Jayanath Colombage has also instructed the Sri Lanka Embassy in Washington D.C to follow up on the matter with the advertising platform Amazon.

The doormats are being sold on Amazon.com for US$ 12 per piece.

When inquired about the doormats, Chairman of the Consumer Affairs Authority (CAA) Major General (Retd.) Shantha Dissanayake told Colombo Gazette that the relevant authorities will be instructed to take legal action if the products are distributed to the Sri Lankan market. (Colombo Gazette)