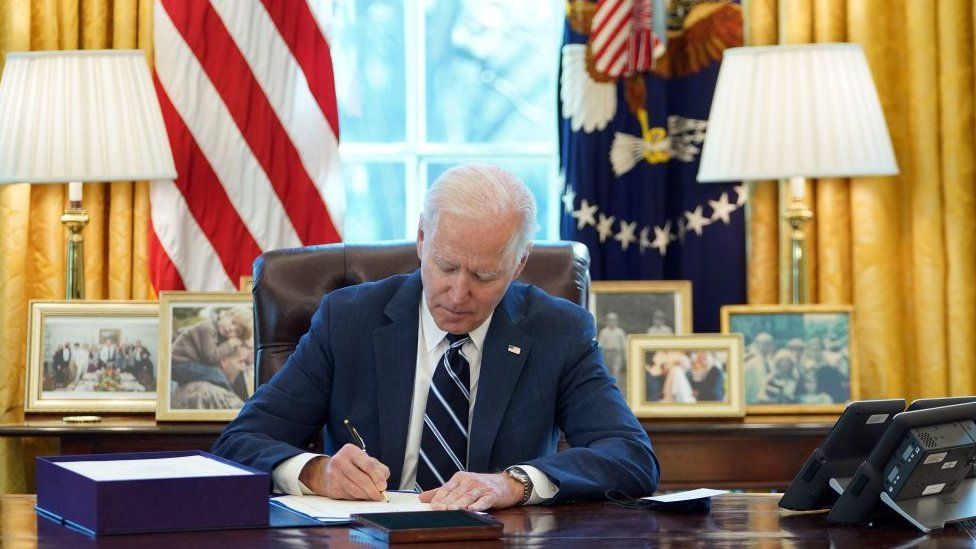 President Joe Biden is set to order US states to make all adults eligible for Covid-19 vaccinations.

He is set to announce the move during a speech on Thursday evening.

Current measures in place to prioritise people by age or underlying health conditions will be removed, officials told US media before the speech.

The number of places where people can be vaccinated will be increased with veterinarians and dentists also allowed to vaccinate people.

The speech will take place just hours after the president signed a $1.9tn (£1.4tn) economic relief bill that marks an early legislative victory for his administration.

The president is also due to say that Americans could be able to hold small gatherings to celebrate Independence Day on 4 July, but only if people adhere to social distancing measures and get vaccinated. The gatherings would also have to be held outside.

“He will put the nation on a path to get closer to normal by July 4th,” a senior administration official said.

The bill includes $1,400 payments, an extension of jobless benefits, and a child tax credit that is expected to lift millions out of poverty. The stimulus payments are set to begin this month.

It also allocates $350bn to state and local governments, some $130bn to school reopening, $49bn for expanded Covid-19 testing and research, as well as $14bn for vaccine distribution.

Mr Biden said the relief package will rebuild “the backbone of this country”.

The spending bill, one of the largest in US history, passed Congress without a single Republican supporter.

Republicans objected to the bill’s price tag, calling for various elements of the package to be smaller. They suggested that stimulus cheques be given only to those who have lost income over the past year.

The pandemic has left more than 529,00 people dead in the US and infected over 29 million. (Courtesy BBC)