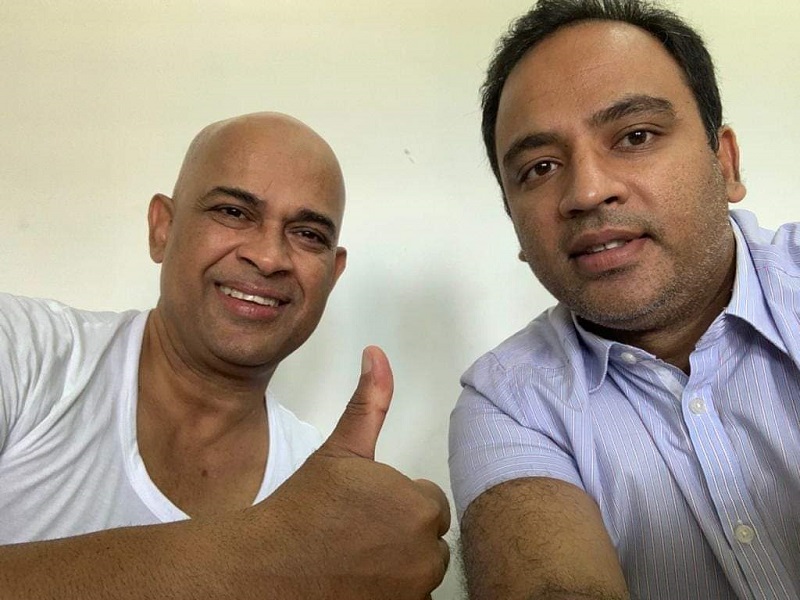 Samagi Jana Balawegaya (SJB) member Ranjan Ramanayake will not be allowed to meet visitors in prison for two weeks.

The Prisons Department said that the privilege for Ramanayake to meet visitors has been suspended for two weeks after he had taken a selfie at the Angunukolapelessa Prison with SJB MP Harshana Rajakaruna.

MP Rajakaruna had said he had visited MP Ramanayake to inquire into his wellbeing at the prison.

A prison officer who had allowed Rajakaruna to take a selfie with Ramanayake was interdicted this week.

Commissioner of Prisons (Administration and Rehabilitation) and Prison Spokesman Chandana Ekanayake told Colombo Gazette that the Prisons Department had commenced an inquiry into the selfie taken by the MP at the Angunukolapelessa prison.

He said thereafter Commissioner General of Prisons Thushara Upuldeniya had also instructed the Prisons Department to commence an inquiry into the matter.

Chandana Ekanayake further said that inquiries were being conducted into the prison officer who had been on active duty at the time of MP Rajakaruna’s visit.

He also said that an inquiry will be conducted into the MP’s action of taking a selfie within prison premises. (Colombo Gazette)