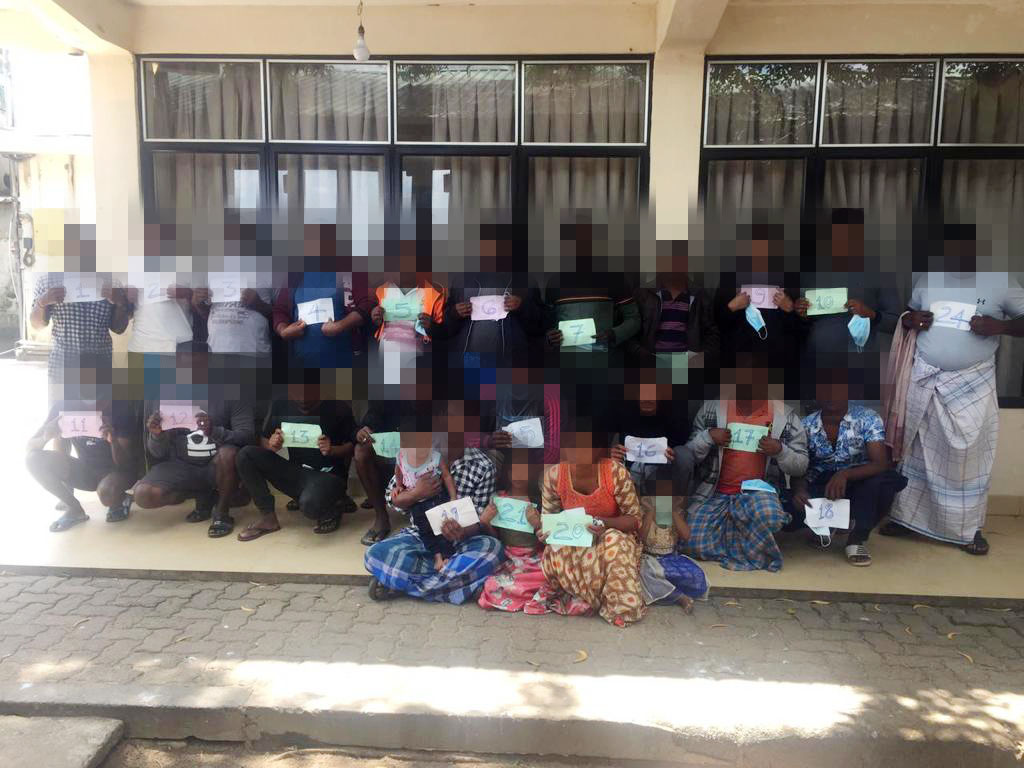 The Navy detained 24 Sri Lankans attempting to travel overseas by boat from Kalpitiya.

According to the Navy, a special operation was conducted in Kurakkanhena, Kalpitiya today during which the 24 illegal migrants were detained.

The Navy said that a suspicious lorry parked near the Kalpitiya lagoon in the Kurakkanhena area had been spotted today.

The Northwestern Naval Command later engaged in a special operation and found 24 people including the lorry driver who were waiting for a boat to arrive from the Kalpitiya lagoon.

Investigations revealed that they were planning to migrate illegally from Sri Lanka to a foreign country by sea.

Among those detained are 20 males, one female, two girls and one boy.

The Navy said that nine of them are residents of Batticaloa, six from Jaffna, five from Mullaitivu and three from Trincomalee. The driver of the lorry is said to be from Puttalam. (Colombo Gazette)