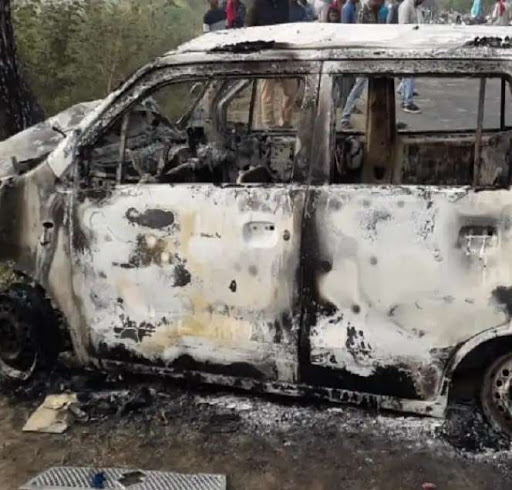 The charred remains of a businessman has been found in a car in Kohuwala.

The car had been completely destroyed in the fire at Asiri Mawatha in Kohuwala.

The Police Spokesman said that the body of the businessman was found burnt inside the car.

He said the businessman was identified as a 33-year-old resident of Bathiya Mawathwa in Kalubowila.

The Police said that the businessman had been out at dinner prior to the incident.

Investigations to identify the cause of the fire have begun. (Colombo Gazette)