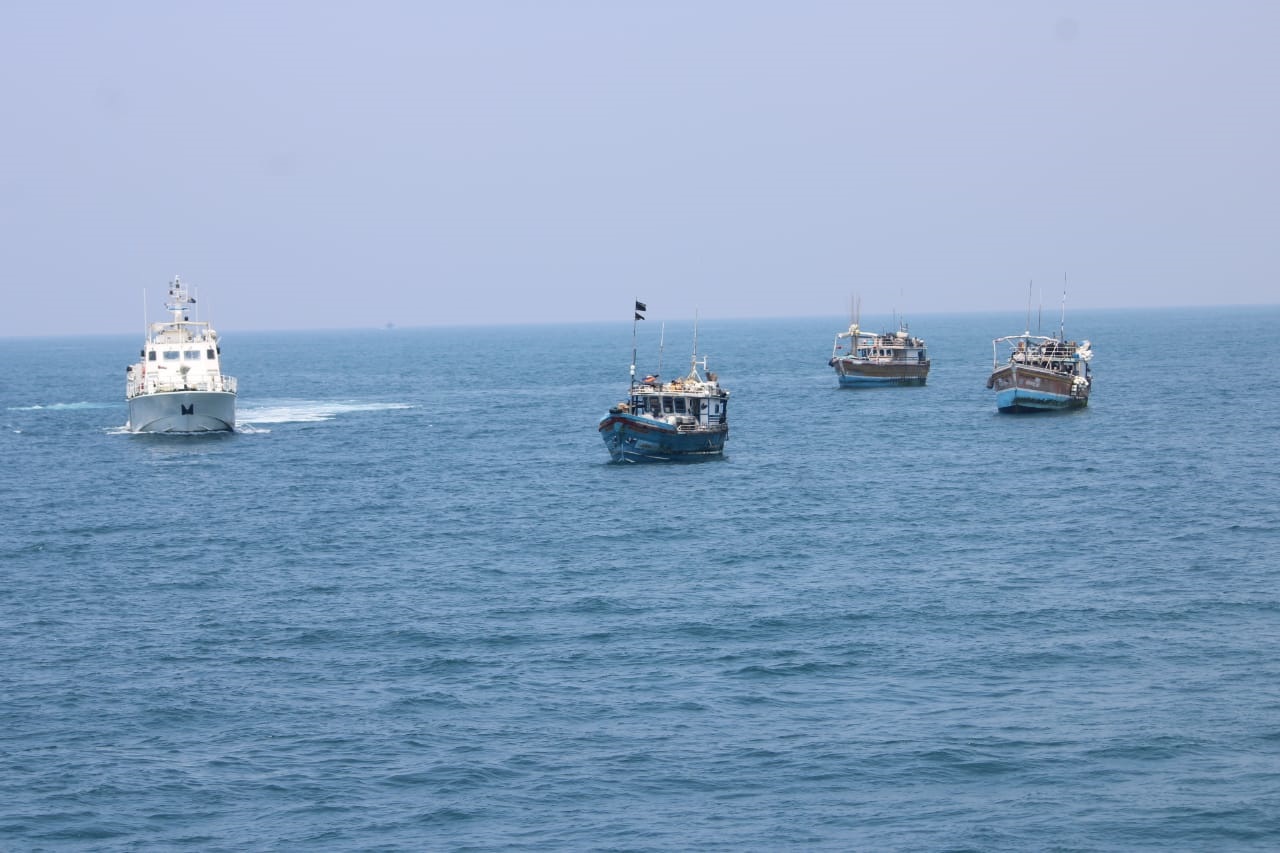 The Coast Guard said the boats were ferrying heroin and hashish that they had received from a Pakistani ship around 400 nautical miles off Lakshadweep Islands, the New Indian Express reported.

The three boats had 19 crew members on board who have been taken into custody.

Coast Guard officials said the three boats were spotted by their ship Varaha which was patrolling off the coast of Lakshadweep.

Preliminary investigation revealed that those on board the Sri Lankan boats were using unauthorized communication gadgets and were transporting narcotics.

The Coast Guard said the drugs were being ferried in one of the boats named Akarsha Duwa, which had six crew members on board.

The boat was carrying 200 kg heroine and 60 kg hashish. The crew had received the material, filled in six packets, and were directed by main operator Sanjay Anna to flee from the Coast Guard vessel.

However, the skipper of the boat replied that it was not possible to escape from the fast-moving Indian vessel and dumped Thuraya, a satellite communication device that they were using, and the consignment into the sea.

The Coast Guard said the boat’s skipper has confessed to their crime. The boats and the crew members have been taken to Vizhinjam port where they will be subjected to interrogation.