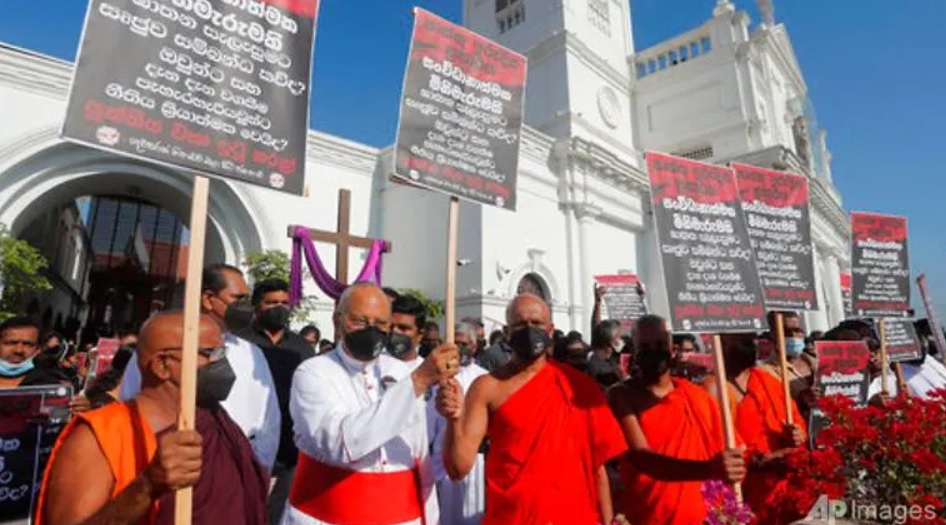 Catholics in Sri Lanka today marked ‘Black Sunday’ as a mark of protest over the failure to find those linked to the Easter Sunday attacks.

Worshippers wore black face masks when attending mass today while some were dressed in black.

Religious leaders from the Buddhist and Muslim faiths also supported the protest by attending some of the services.

Cardinal Malcolm Ranjith demanded that the Government find the main perpetrators of the deadly attacks.

“Our effort is to establish who was actually behind the attacks,” Cardinal Malcolm Ranjith said in a statement.

Ranjith told a press conference last week that he was unhappy with the lack of progress in the inquiry, and laid out an ultimatum.

“If the authorities fail to come up with answers as to who was behind the attacks by the second anniversary of the bombings, we will call for a nationwide black-flag campaign,” he said.

The campaign would involve Sri Lankans flying a black flag above their homes as a sign of protest, the cardinal added.

The US Justice Department in January charged three Sri Lankans with supporting terrorism for their alleged participation in the attacks, which were claimed by the Islamic State group.

All three are in custody in Sri Lanka but have not been charged locally. The Justice Department said it would support their prosecution in the country.

At least 45 foreigners, including five Americans, were among those killed. (Colombo Gazette/Agencies)