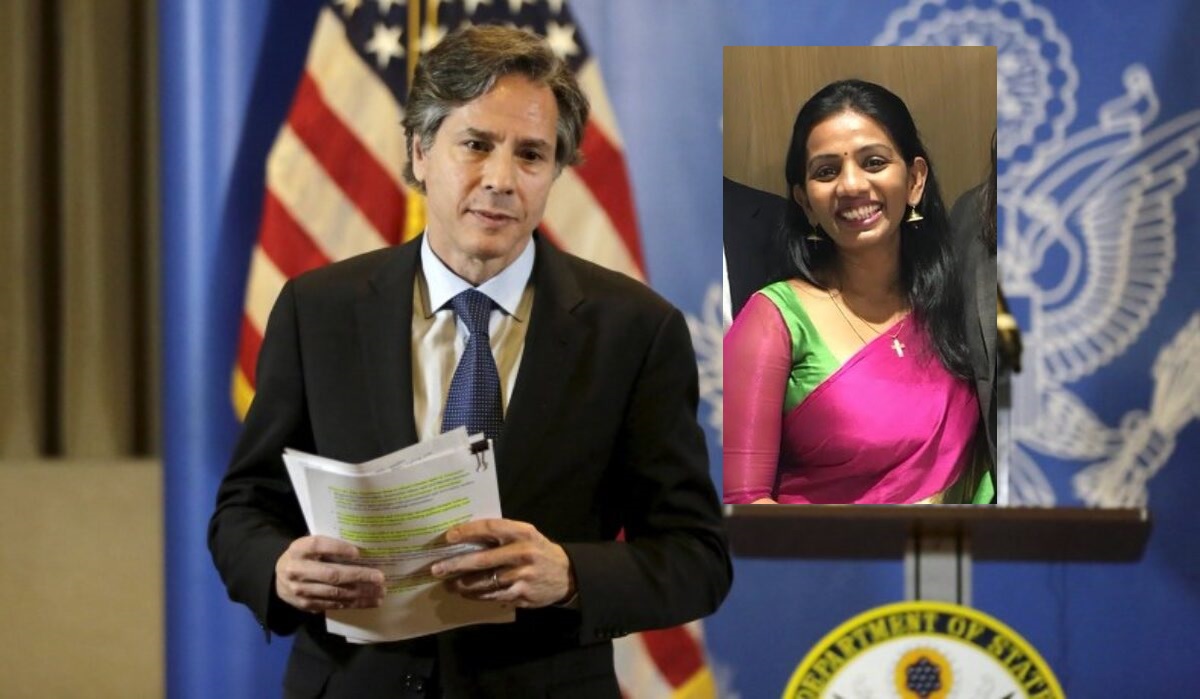 Sri Lankan lawyer Ranitha Gnanarajah is to receive the International Women of Courage (IWOC) award in the US.

Ranitha Gnanarajah is one of few women from around the world who will revive the award on Monday.

Gnanarajah continues to fight for and defend the rights of the marginalized and vulnerable communities in the country, despite threats and challenges by the state.

Ranitha has dedicated her career to accountability and justice for victims of enforced disappearances and prisoners detained often for years without charge under Sri Lanka’s Prevention of Terrorism Act by providing free legal aid and related services.

As an individual personally affected by the conflict and based on her extensive experience working with victims and their families, Ranitha has demonstrated tremendous passion and dedication to justice and accountability, especially for Sri Lanka’s most vulnerable populations.

On Monday, March 8 US Secretary of State Antony J. Blinken will host the annual International Women of Courage (IWOC) Awards virtual ceremony to honor a group of extraordinary women from around the world, including an honorary award for seven women leaders and activists from Afghanistan who were assassinated for their dedication to improving the lives of Afghans.

The First Lady of the United States, Dr. Jill Biden will deliver remarks to recognize the courageous accomplishments of these women.

Out of an abundance of caution and in order to practice safe social distancing, the ceremony will be pooled press coverage only and will be live streamed on www.state.gov.

Now in its 15th year, the Secretary of State’s IWOC Award recognizes women from around the globe who have demonstrated exceptional courage and leadership in advocating for peace, justice, human rights, gender equality, and women’s empowerment – often at great personal risk and sacrifice.

From the inception of this award in March 2007 to today, the Department of State has recognized more than 155 awardees from over 75 countries.

US diplomatic missions overseas nominate one woman of courage from their respective host countries, and finalists are selected and approved by senior Department officials.

Following the virtual IWOC ceremony, the awardees will participate in an International Visitor Leadership Program (IVLP) virtual exchange and connect with their American counterparts. (Colombo Gazette)