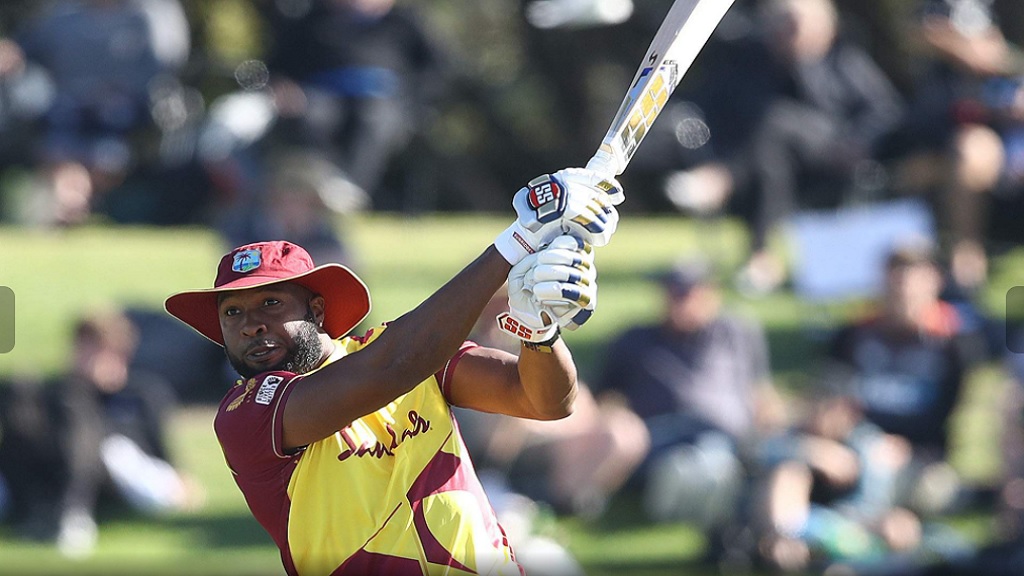 Sri Lanka leg-spinner Akila Dananjaya experienced the precipitous highs and lows of Twenty20 cricket on Wednesday night when he claimed a hat trick, then was hit for six sixes in an over by West Indies captain Kieron Pollard in the first of three Twenty20 internationals at Coolidge Cricket Ground in Antigua.

The West Indies won the match by four wickets with 41 balls in hand, finishing with 134 for six.

Dananjaya became only the 15th player and the fourth Sri Lankan to take a T20 international hat trick when he dismissed Evin Lewis (28), Gayle, and Nicholas Pooran (0) with consecutive deliveries in the fourth over.

He had little time to reflect on his new-found fame when it turned to notoriety: in his next over he was hit to all parts of the ground by Pollard, who becomes only the second player after Yuvraj Singh to hit six sixes in an over in a T20 international and the third player to achieve the feat in all international formats.

Yuvraj did so from England’s Stuart Broad in the inaugural T20 World Cup in 2007 and had to wait 14 years for company.

Pollard said he thought six sixes was a possibility “after the third one.”

Dananjaya’s see-sawing fortunes — he was hit for a seventh consecutive six by Jason Holder in his next over and had two catches dropped from his bowling — turned the West Indies seemingly easy chase for 132 to take a 1-0 lead in the series into a thrilling spectacle.

Sri Lanka managed only 131 for nine in their 20 overs after being sent in to bat. It had been 86 for three but fell apart after a short rain break and lost six wickets for 45 runs.

Captain Angelo Mathews (5) fell in the first over after play resumed and Dinesh Chandimal (11) was out three balls later. Thisara Perera (1) fell in the 17th over and Sri Lanka slumped further to 106 for six, then 111 for seven when Hasaranga de Silva was out for 12.

Two runouts in the final over saw Sri Lanka fall well short of a competitive total.

The West Indies seemed likely to rapidly run down the Sri Lanka total when Lewis hit the last three balls of the first over for six. But Dananjaya’s hat trick saw the home side slip from 52 without loss to 52 for three, losing Gayle to the first ball of his first T20 in two years.

Pollard’s barrage in the sixth over lifted the West Indies from 62 for four on the dismissal of Lendl Simmons to 92 for four and again had the home side coasting to victory.

Another twist was in store when de Silva dismissed Pollard (38) and Fabian Allen with consecutive deliveries in the 7th over, denied a hat trick by Dwayne Bravo who defended the next delivery.

The West Indies were 101 for six and were seen home by Bravo and Jason Holder, who made an unbeaten 29. Holder hit a six, the 15th of the innings, to take West Indies past Sri Lanka’s total.

The second and third games in the series also take place at the Coolidge Cricket Ground on March 5 and 7.

The teams will then play three One-Day Internationals and two Tests. (Courtesy Loopjamaica)