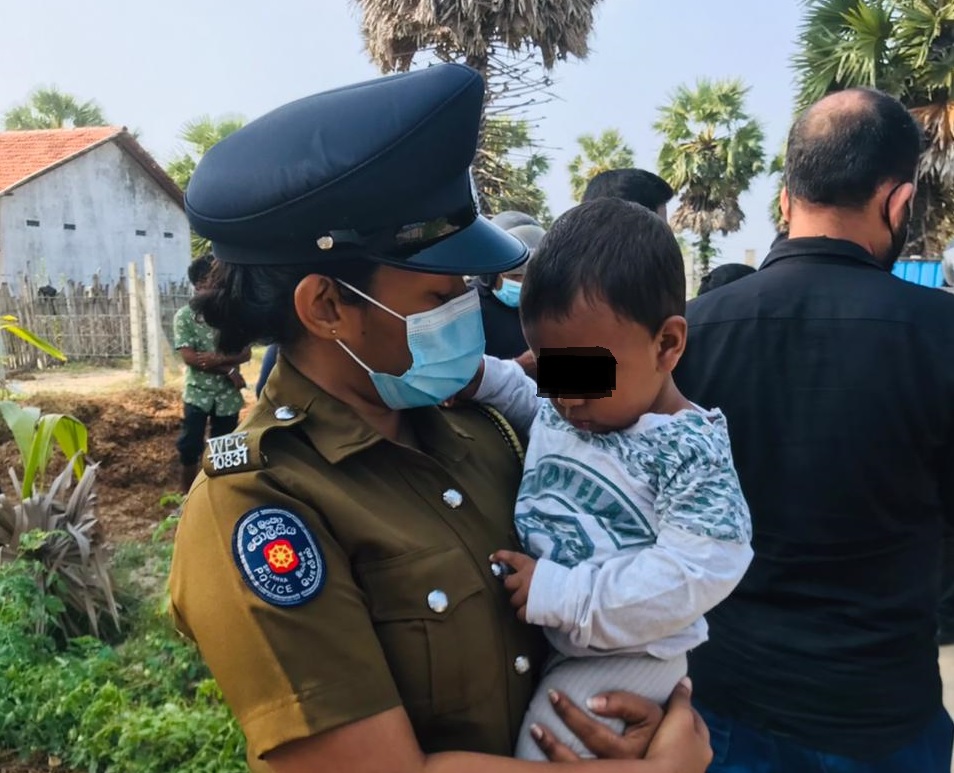 A 24-year-old woman has been arrested on charges of assaulting a nine-month-old male toddler in Jaffna.

Police Spokesman, Deputy Inspector General of Police (DIG) Ajith Rohana said the woman was arrested after investigations had been launched into video footage that was circulated on social media of her beating the child with a cane.

Police investigations had revealed that the incident had occurred at a house in the Navalady area in Ariyalai, Jaffna.

A team of police officers from the Jaffna Police Station had visited the house this morning (2), following which the woman was arrested and the child was taken into police care.

DIG Rohana said it has been revealed that the woman had been employed in Kuwait for a long period, and had returned to Sri Lanka along with the child one month ago.

The Police Spokesman said there is a significant increase in incidents of ill-treatment and harassment of children.

He warned that stern action will be taken against those, including parents, found to be ill-treating children.

DIG Rohana said all territorial police stations have been instructed to take stringent action against those involved in the ill-treatment of children.

The public can contact the National Child Protection Authority (NCPA) on the “1929″ helpline 24 hours a day, 365 days a year, for help, advice, and support.  (Colombo Gazette)