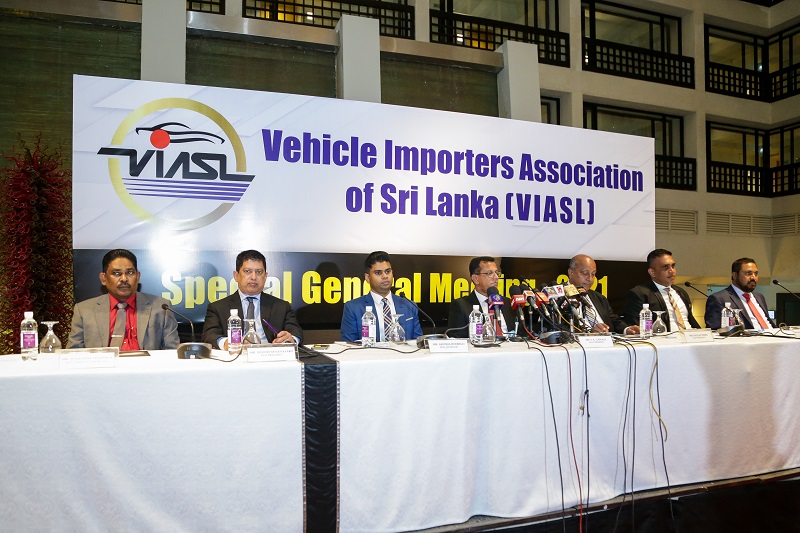 The Vehicle Importers Association of Sri Lanka has requested a meeting with President Gotabaya Rajapakse to discuss the challenges facing the industry due to the ongoing ban on the importation of motor vehicles.  The import ban, which has been in force since March 2020, has gravely impacted

vehicle importers and all related industries.

Vehicle importers as well as related service providers are presently facing severe difficulties maintaining their business premises and paying off bank loans, rent and the salaries of their employees. Currently there are a large number of  importers in the country who are without a single vehicle in their showrooms and are struggling to survive and to pay their employees. If the ban is to continue further, they will be forced to close down their business and make all their employees redundant. VIASL calculates that around 100,000 direct and indirect employees will have to be made redundant, while also placing the 350,000-400,000 dependents of these employees in dire straits.

Some vehicle importers as well as government permit holders have opened letters of credit prior to the import ban, and should be provided with the opportunity to import these vehicles. Since all circulars regarding clearing of imported vehicles from Sri Lankan ports were published on a retrospective basis,  there are several permit holders as well as importers who are struggling to import the vehicles they have ordered and confirmed legally through a valid letter of credit.

Local manufacturing and assembling has been mooted as a solution to the foriegn exchange issue, but VIASL believes it’s not the solution as the process does not add any value to the country’s economy and is merely designed for tax evasion and higher profit margins for a few companies. The local assembling companies mainly import an almost finished product and add minimal value to it.

The ultimate victim in this process is the general public who is forced to purchase a low quality product, which lacks adequate safety and emission standards, at an inflated price. Most of these products are of extremely poor quality and there have been instances where they have not been allowed to be run in their respective manufacturing countries. The repair costs of a locally assembled vehicle is extremely high while their after market value is far less compared to a high quality Japanese/European vehicle.This entire process will only benefit the low quality car manufacturers, whose products will haunt generations of Sri Lankans.

VIASL requests a meeting with the President to discuss the creation of a reasonable survival plan that would enable them to meet their financial commitments and employee remuneration overheads. As a responsible association that is aware of the difficulties the government is facing due to this Covid-19 situation, they are making this public request to the government for the first time. As veterans in this industry with years of knowledge and experience, VIASL wishes to present the various proposals they have prepared that would allow importers to survive while controlling the outflow of foreign currency.