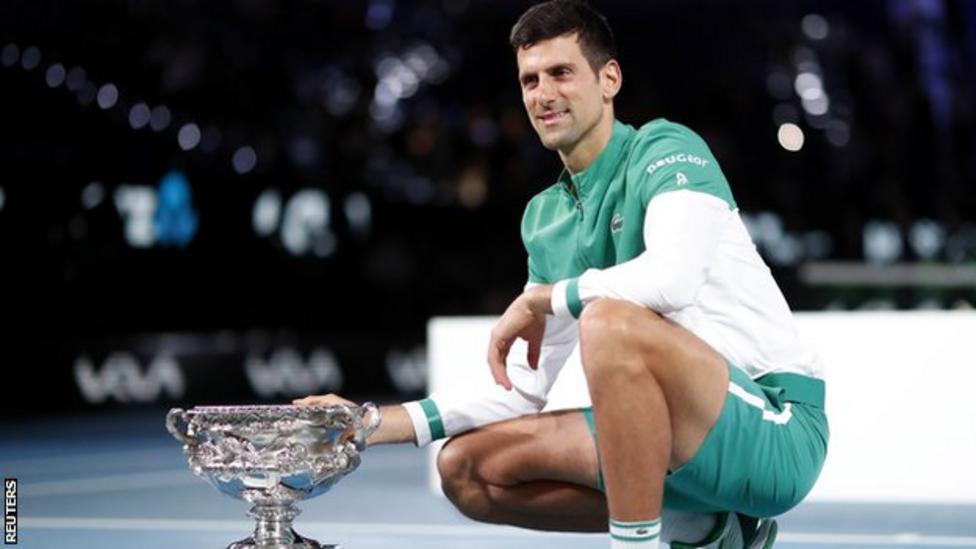 The 33-year-old Serbian is guaranteed to break the mark next week.

“After achieving the historic number one for the longest weeks at number one, it’s going to be a relief for me because I’m going to focus all my attention on slams mostly,” he said.

His victory in Melbourne takes him to two wins behind the joint holders of the men’s Grand Slam record, Federer and Rafael Nadal.

Djokovic has been helped by temporary changes to the ranking system because of the coronavirus pandemic which means players can currently count tournaments from two years instead of one.

However, he is still the in-form player on the men’s tour, beginning 2021 by winning nine consecutive matches while last year he did not lose a completed match until the French Open final in October.

Djokovic’s fifth spell at the top of the rankings began on 3 February last and he has been number one for all but 32 weeks since Federer hit 310 weeks in June 2018.

Djokovic sits on 12,030 points – more than 2,000 clear of Rafael Nadal, with Daniil Medvedev and Dominic Thiem the only other players with more than 7,000 points.

However, he still trails the women’s number one record holder Steffi Graf who held top spot for 377 weeks, while Martina Navratilova (332) and Serena Williams (319) have also had longer spells at number one than Djokovic. (Courtesy BBC)