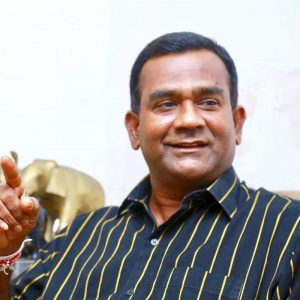 Speaking to reporters today, National Organiser of the SJB, Tissa Attanayake called on the public willing to enter the political field to contest the elections by representing the SJB.

He said the Samagi Jana Balawegaya is willing to support and field such new candidates in the upcoming elections.

“We have issued application forms for those interested to represent the party in the provincial council elections. The forms can be obtained till the end of March,” he said.

Commenting on the issues with regard to the existing electoral system, Attanayake said there are attempts to make legal amendments to the system.

He called on the authorities to submit the proposed amendments to Parliament and to thereafter allow the party leaders to discuss the matter, and draw a decision in this regard within a day.

“There is no need to delay the elections for months. We can take a decision within a day,” the parliamentarian pointed out.

MP Attanayake said the SJB has urged the Government to introduce a system that is equal for all parties.

He further called on them to discuss the matter with party leaders in order to hold the PC elections soon.

Attanayake said the SJB will secure a majority in the PC elections, similar to that which was obtained in the parliamentary elections.

Pointing out that many people who stood by the Government during the presidential and parliamentary elections, like religious leaders and other political experts, have now gradually moved away from the Government, he said this shows a drop in the public’s trust in the Government at present.

He said they cannot do so, as the PC elections is a legal requirement under the Constitution of Sri Lanka.

Attanayake said attempts to govern PCs by placing governors representing the President is an act against the Constitution.

“Only the public are vested with power to elect their public representatives to govern the provincial councils,” he explained.

Attanayake said that under the Constitution, the President does not have the powers to govern the PCs through his appointed representatives.

He said, therefore, the SJB urges the Government to hold the PC elections at the earliest.

SJB MP Tissa Attanayake told reporters today that the event will be held under the patronage of Party Leader MP Sajith Premadasa.

The SJB is set to host the event at the Hyde Park grounds in Colombo from 02.00 p.m.

Attanayake pointed out that within the last one year the Samagi Jana Balawegaya has gained the respect and trust of the public.

The party was also able to secure the position of the second strongest force in the country within this period, he said.

The Parliamentarians said the Samagi Jana Balawegaya is the main Opposition party of Sri Lanka at present.

Tissa Attanayake said the SJB is focused on securing a majority in both the Provincial Council and Local Government elections.

He said the Samagi Jana Balawegaya will work hard this year towards achieving this goal. (Colombo Gazette)