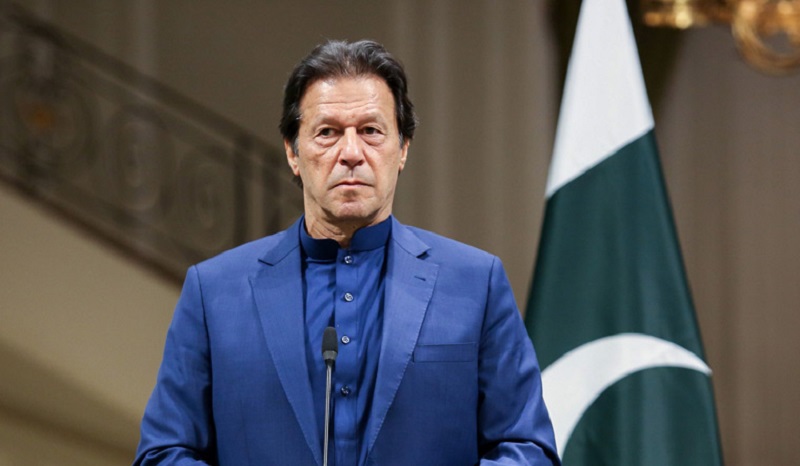 Khan tweeted saying he hopes to further strengthen the friendship and cooperation between both countries.

Earlier, Prime Minister Mahinda Rajapaksa tweeted saying he looks forward to welcoming the Prime Minister of Pakistan and his delegation in Sri Lanka next week.

“This visit will further reinforce our bilateral relationship and pave way for joint ventures that mutually benefit both our nations,” Rajapaksa tweeted.

Prime Minister Imran Khan is scheduled to undertake an official visit to Sri Lanka on 23-24 February 2021 on the invitation of Prime Minister Mahinda Rajapaksa.

During his visit, Prime Minister Imran Khan will attend bilateral meetings with President Gotabaya Rajapaksa and Prime Minister Mahinda Rajapaksa, while several other high-level engagements are planned, including a Business and Investment Forum, as well as a sports diplomacy initiative.

Both Sri Lanka and Pakistan Prime Ministers will together preside over an event to sign several mutually beneficial bilateral Memoranda of Understanding (MoUs) on 23 February following their official talks at the Temple Trees.

Prime Minister Imran Khan in his maiden official visit this year outside the country will be accompanied by a high-powered business and investment delegation that will consist of business leaders in Pakistan, mainly from the sectors of textile and apparel, pharmaceuticals, agro-food commodities, sports goods, gems and jewellery, auto parts, ICT, construction material and surgical equipment.