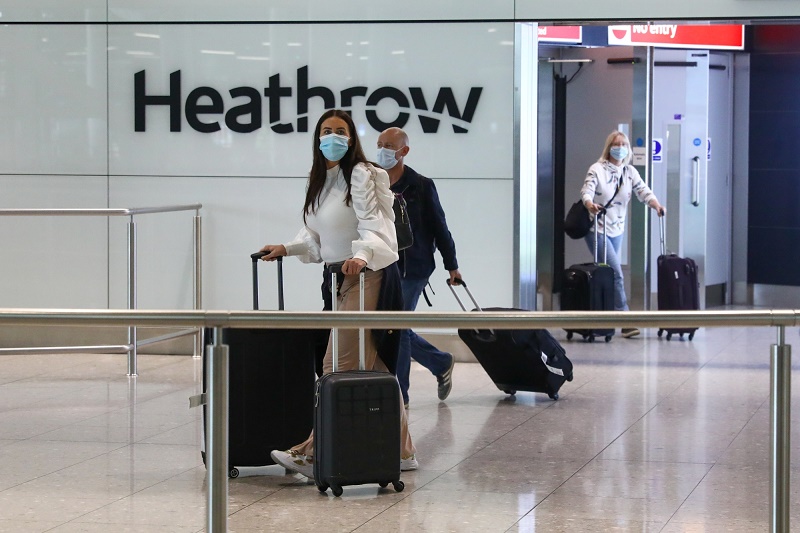 The temporary travel restriction introduced by the Government on travels originating from the United Kingdom to Sri Lanka on account of the new Covid -19 Variant in the UK has been lifted with immediate effect.

At a meeting presided by President Gotabaya Rajapaksa, it was decided to relax the restrictions on travels from UK subject to 14 days of quarantine and PCR tests determined by the Health Authorities.

The tourist arrivals from the UK will resume under the guidelines introduced by the Sri Lanka Tourism Promotion Bureau.

The move comes even as the World Health Organisation (WHO) said that the so-called “UK variant” of the coronavirus (VOC 202012/01) is now present in 94 countries across all regions – eight more than the previous week.

Citing genetic sampling of the UK variant, the WHO report noted that the proportion of people infected with VOC 202012/01 “has increased in the past weeks, indicating community transmission in a number of countries”.

AlJazeera had reported today that the coronavirus variant first recorded in southeast England is likely to “sweep the world” and become the most dominant global strain, the head of the United Kingdom’s genetic surveillance programme says, as concerns mount over emerging mutations of the virus.

Since being detected in September in Kent, a county known as the “garden of England” and popular with commuters because of its proximity to London, the B.1.1.7 variant has spread to more several countries, including Sri Lanka. (Colombo Gazette)