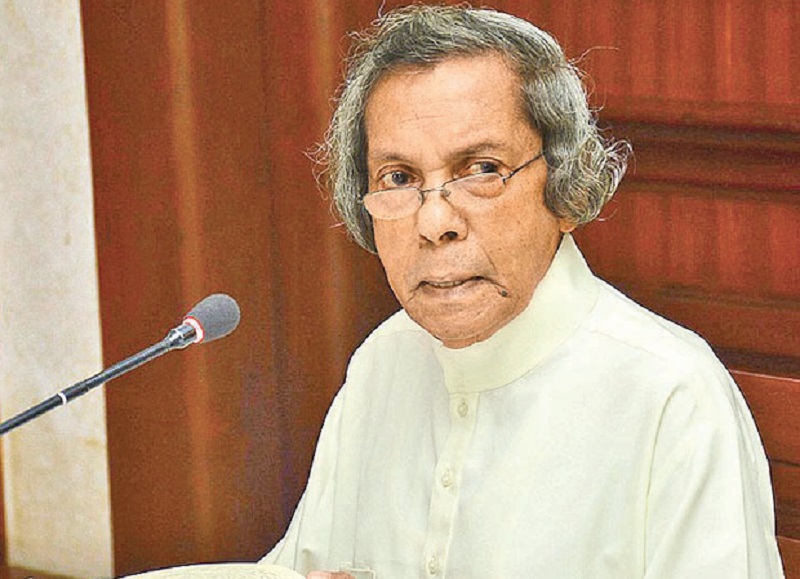 Former Speaker W.J.M Lokubandara passed away at the Infectious Disease Hospital (IDH) in Angoda today while being treated for COVID-19. He was 81 years old at the time of his death.

Lokubandara had tested positive for COVID-19 earlier this month.

With the defeat of the UNP in the General Elections of 1994, Lokubandara became the Chief Opposition Whip of Parliament. He held this position until 2001. A UNP Government was formed in 2001, and Lokubandara was appointed the Minister of Justice, Law Reforms, National Integration and Buddha Sasana.

Uditha Lokubandara, the son of the former Parliamentarian, had told Colombo Gazette that his father had tested positive after undergoing a PCR test at the Sri Jayawardenapura hospital.

When inquired on the source of transmission, Uditha Lokubandara said his father had not reported to work and had remained at home prior to testing positive for the virus.

Uditha Lokubandara said steps were taken to immediately inform all those who had attended the religious observance. (Colombo Gazette)