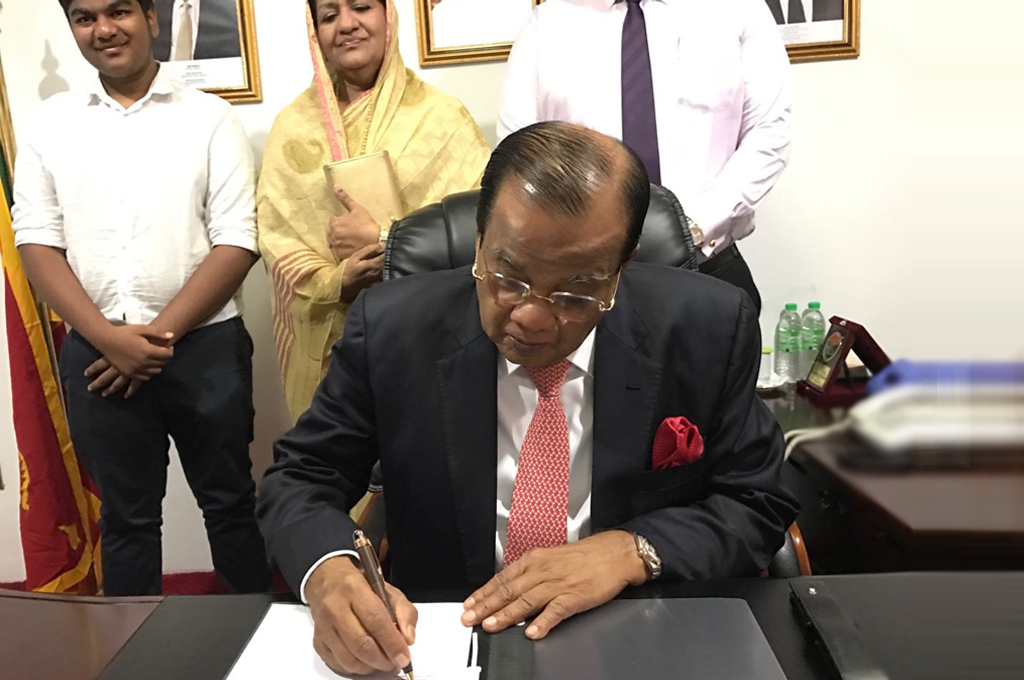 In an Extraordinary Gazette notice, Muzammil said that by virtue of the powers vested on him he has decided to temporarily suspend the activities of the Badulla Municipal Council with immediate effect from 10th February 2021.

He has also appointed H.M. Jeevantha Herath, Sri Lanka Administrative (I) officer, as a Special Commissioner to implement powers and perform functions of the Badulla Municipal Council of the Badulla District in the Uva Province with effect from 10th February 2021

Muzammil has also appointed H.M.R. Anura Kumara Judicial officer, retired Justice, to investigate and report to him within a duration of three months from the date of this notice whether any fact in Sections (b) and (c) of the Subsection 2(1) of the said Statute has been done by the Council including the Mayor of the Badulla Municipal Council.

The Governor said the judicial officer has powers of a Commissioner appointed under the Investigation Commission Act regarding the said investigation. (Colombo Gazette)