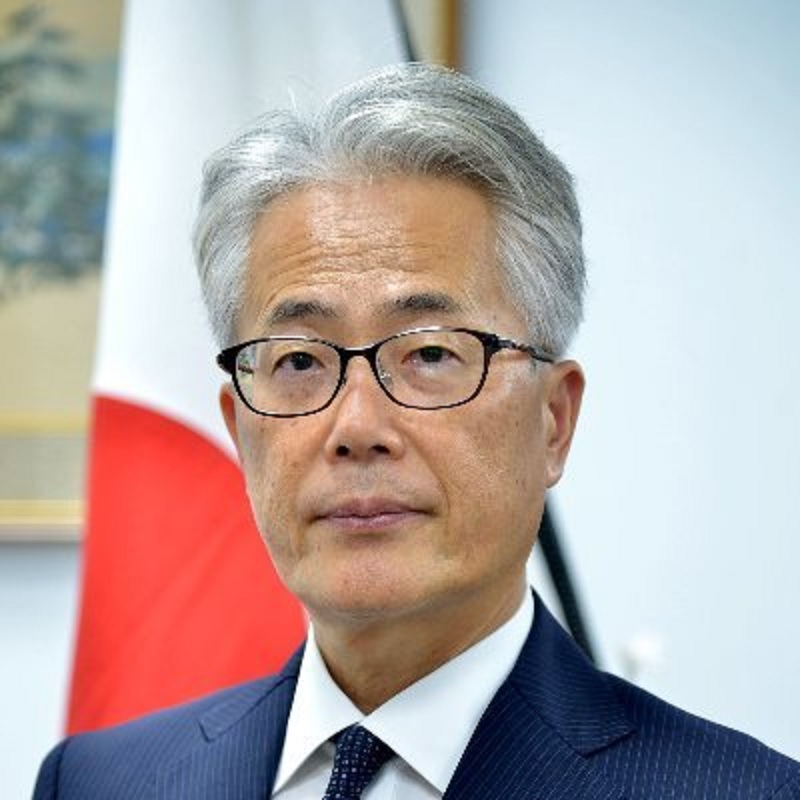 India and Japan are cooperating with Sri Lanka to strengthen the Quad under the Indo-Pacific framework, a Japanese diplomat has said.

The Quad countries — Japan, India, Australia and the US — will continue to work closely together to promote their vision, and are making progress towards their commitment for a greater “strategic convergence”, according to Satoshi Suzuki, Japan’s Ambassador to India.

In an interview to ThePrint, Suzuki said India and Japan have also collaborated in other countries like Sri Lanka, Bangladesh, Myanmar and Maldives in order to strengthen the Quad under the Indo-Pacific framework.

“The four (Quad) countries will continue to work closely together to achieve this vision by developing quality infrastructure, promoting maritime security, collectively fighting against terrorism, and coordinating in humanitarian assistance/disaster relief, among others,” the ambassador said.

In his previous stint as deputy minister for foreign policy, Suzuki was leading the Quad Senior Officials’ Meetings for two years, beginning in 2017.

“Strategic convergences were confirmed at those consultations, and a common commitment was formed among the four countries, in the spheres of regional security, counter-terrorism, non-proliferation and maritime cooperation, among others. I am pleased to see the recent progress in materialising this Quad commitment, including India’s hosting of a counter-terrorism table-top exercise,” he added.

This comes at a time when reports have emerged that the Quad countries are working out a strategy to formalise the grouping by having their first summit-level meeting.

Suzuki said the Malabar naval exercise held last year by the Quad countries is another example of “Tokyo and Delhi working together with other partners to ensure a rules-based maritime order”.

Japan has appointed a liaison officer to the Information Fusion Centre-Indian Ocean Region (IFC-IOR) to contribute towards enhancing the Maritime Domain Awareness capabilities of the region, Suzuki added.

He said the Agreement on Reciprocal Provision of Supplies and Services, which was signed in September 2020, will facilitate conducting of joint exercises and further advance the defence partnership.

“Defence equipment cooperation is another area that has huge potential. Since the signing of the Agreement Concerning the Transfer of Defence Equipment and Technology in 2015, the two defence authorities have been in intensive discussions on possible areas of cooperation in their joint working group meetings,” he highlighted.

On the ECT project, which has now been cancelled by the Sri Lankan government, Suzuki said: “The governments of Japan, India and Sri Lanka signed a Memorandum of Cooperation concerning the development of the East Container Terminal of Colombo South Port. We believe this framework for trilateral cooperation has a significant value for all the parties.”

Earlier this month, the Rajapaksa government in Sri Lanka cancelled the tripartite agreement, which was signed by its predecessor, and instead, asked New Delhi and Tokyo to develop the West Container Terminal (WCT).