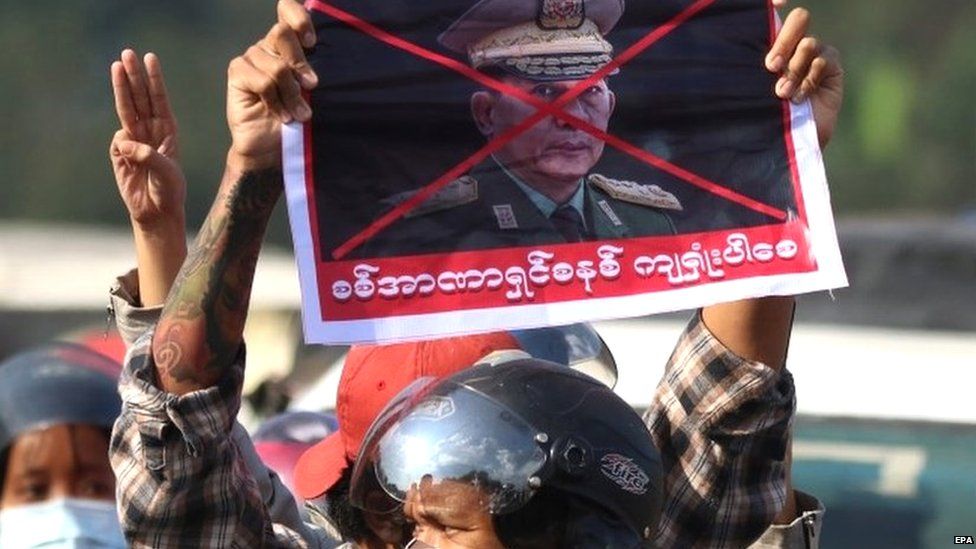 The leader of the coup in Myanmar has made his first TV address, seeking to justify the action amid mass protests.

The military has begun to impose restrictions in some areas, including curfews and limits to gatherings.

Huge protests were held on Monday for a third straight day, along with a nationwide strike, to oppose the coup.

One demonstrating doctor – who did not want to be named – told the BBC: “Today, we, professionals – especially civil servant professionals such as doctors, engineers and teachers – came out to show that we are all together in this. Our objective is the same – to make the dictatorship fall.”

The military seized power last week and declared a year-long state of emergency in Myanmar, also known as Burma, with power handed over to Gen Min Aung Hlaing.

Ms Suu Kyi and senior leaders of her National League for Democracy Party (NLD), including President Win Myint, have been put under house arrest.

The US state department said on Monday it had tried to meet Ms Suu Kyi but its requests had been rejected. The US said it stood by the people of Myanmar in their right to assemble and protest peacefully.

An Australian economic adviser to Ms Suu Kyi, Sean Turnell, has also been detained and on Monday his family posted a statement on Facebook calling for his immediate release. (Courtesy BBC)