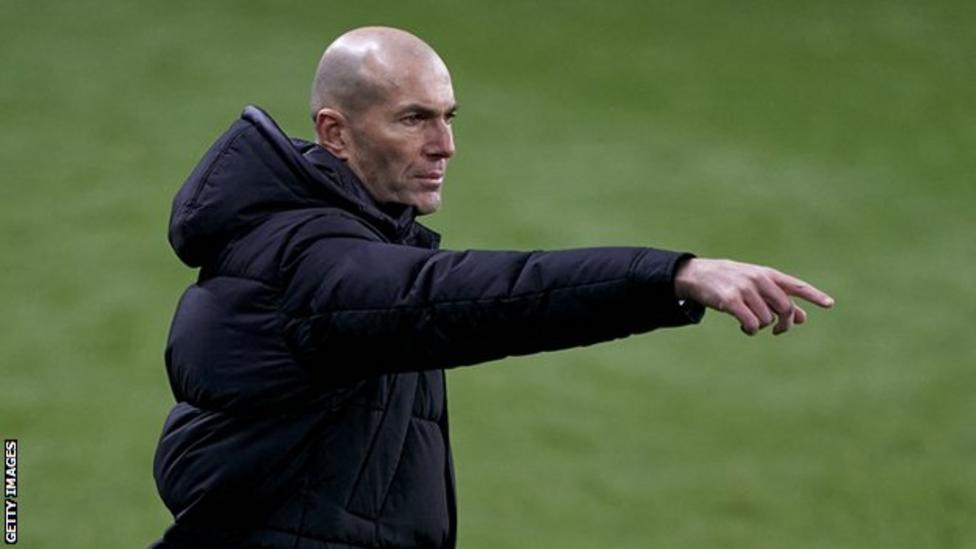 Real Madrid manager Zinedine Zidane has demanded “respect” from journalists and says his side are still in the La Liga title race.

And a poor recent run has led to media scrutiny over the French manager’s position at the club.

“What makes me laugh is you ask me why I might be annoyed,” Zidane said in a news conference on Friday.

“I don’t deserve to be treated like that by the press. We won the league last season and I’d hope for a bit of respect.

“We’ve earned the right to fight for La Liga this season, at least give us the season. Next season, there’ll need to be changes, but this year let us, the team who won the league last season, fight for it this year, too.

“It wasn’t 10 years ago, it was last season. Just show us a little bit of respect for what we’ve achieved. You [the press] say a lot. Why don’t you tell me to my face that you want me out of the club, not just behind my back.”

Zidane was reappointed as Real boss in March 2019, having led the club to three consecutive Champions League successes and a league title in 2016-17 during his first spell in charge.

The 48-year-old takes his side to La Liga’s bottom club Huesca on Saturday (15:15 GMT) after missing the most recent defeat against Levante due to a positive Covid-19 test.

“I’ve been locked in a cage for two weeks, I can’t wait to get out and show that I’m going to fight until the end,” he added.

Injured captain Sergio Ramos will once again be absent for Real, with Zidane including three goalkeepers in his 17-man squad for the game.