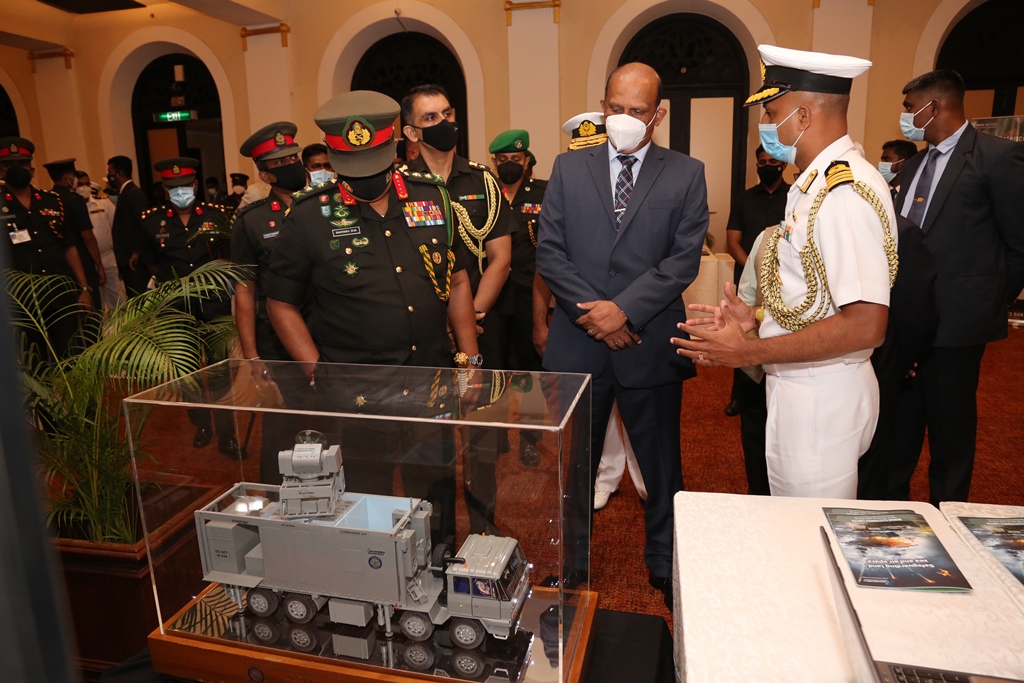 Defence Secretary General Kamal Gunaratne (Retd) said that Sri Lanka’s geographical significance in the Indian Ocean stands eminent in all affairs owing to the availability of a number of important sea lanes of communication including sea lanes of trade running just south of Sri Lanka.

“Therefore, Sri Lanka has a significant role to play in protecting these vital Sea Lanes of Communication and Trade while ensuring the safety and security of these sea routes,” he said.

He also said that Sri Lanka owns the responsibility in providing Search and Rescue (SAR) missions in an area 27 times the size of its landmass and 200 nautical miles in the Exclusive Economic Zone (EEZ).

The Defence Secretary expressed these remarks while participating in the virtual Indian Ocean Region Coast Guard Seminar hosted by the Indian Coast Guard in line with ‘Aero India 2021’ as the Chief Guest at the Taj Samudra Hotel, Colombo.

The virtual Coast Guard seminar was held under the theme of ‘Collaborative Approach for Safe, Secure and Clean Sea in Indian Ocean Region (IOR)’.

The Defence Secretary stated that, ‘Aero India 2021’, being a profound manifestation of India’s vision for security and growth in the IOR, enunciated by Indian Prime Minister Narendra Modi, is seen as a significant move towards building a sheer cohesion among the nations in the IOR as it is embedded with a multitude of lateral activities in related disciplines.

“Apart from engagements to counter transnational crimes such as human smuggling, drug peddling and many other organised crimes, the matters related to fisheries, marine pollution, SAR, responding to oil and chemical spills, anti-poaching, prevention of Illegal Unreported and Unregulated fishing, maritime archaeological sites and marine species protection etc., have become important issues that the Coast Guard has to respond and monitor,” he said.