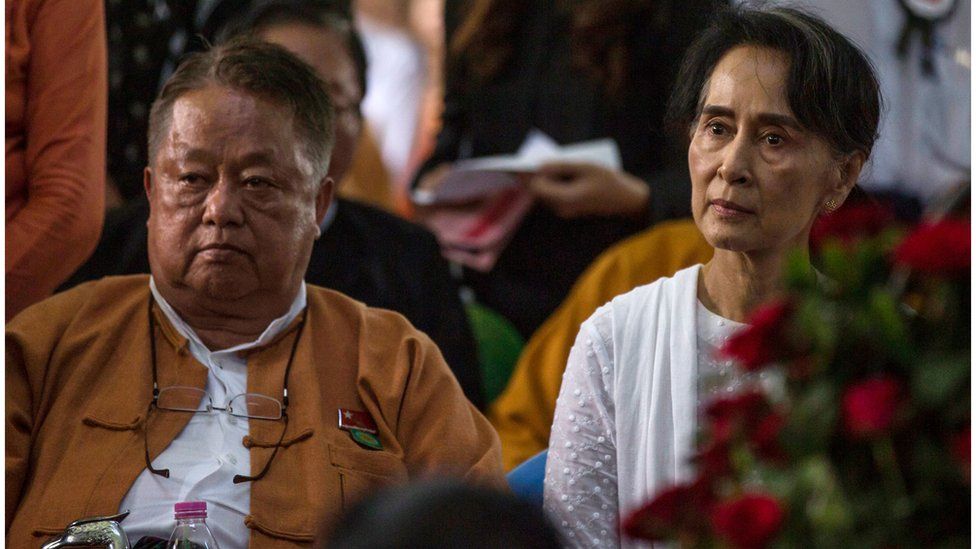 Myanmar’s military is tightening its crackdown on the former civilian government, with the arrest of a senior leader from Aung San Suu Kyi’s National League for Democracy (NLD) party.

Win Htein was taken from his Yangon home early on Friday. He told the BBC he was arrested under sedition laws.

Ms Suu Kyi and other leaders have been arrested since the military launched its coup on Monday, plunging the South East Asian country into uncertainty.

The military launched its coup after it claimed a November election won by the NLD was fraudulent, though the country’s election commission said there was no evidence to back up these allegations.

The move has been met with global outrage.

In his latest statement, US President Joe Biden on Thursday called on the military to”relinquish power” and release detained officials and activists.

The US had already threatened severe sanctions on Myanmar, which is also known as Burma.

In a pre-dawn phone call with BBC Burmese, Win Htein said he was being taken to the capital of Nay Pyi Taw by members of the police and the military.

He said he was being detained under sedition laws – which carry a maximum punishment of life imprisonment – although he was not told the exact charge.

“They don’t like what I’ve been talking about. They are afraid of what I’m saying,” he said.

The 79-year-old patron of the NLD and supporter of Ms Suu Kyi has given several interviews since the coup criticising the military and its leader Min Aung Hlaing.

Myanmar has remained mostly calm in the aftermath of the coup. But residents in the main city of Yangon have conducted nightly protests from their homes, where they have been banging pots and pans and singing revolutionary songs.

Some healthcare workers have also gone on strike, while others have continued work wearing symbols of defiance such as a red ribbon.

A small street protest took place in front of a university in Myanmar’s second city, Mandalay on Thursday, with reports of four arrests.

Many have also turned online to protest the coup. The military has since temporarily banned Facebook, which is widely used across the country.  (Courtesy BBC)