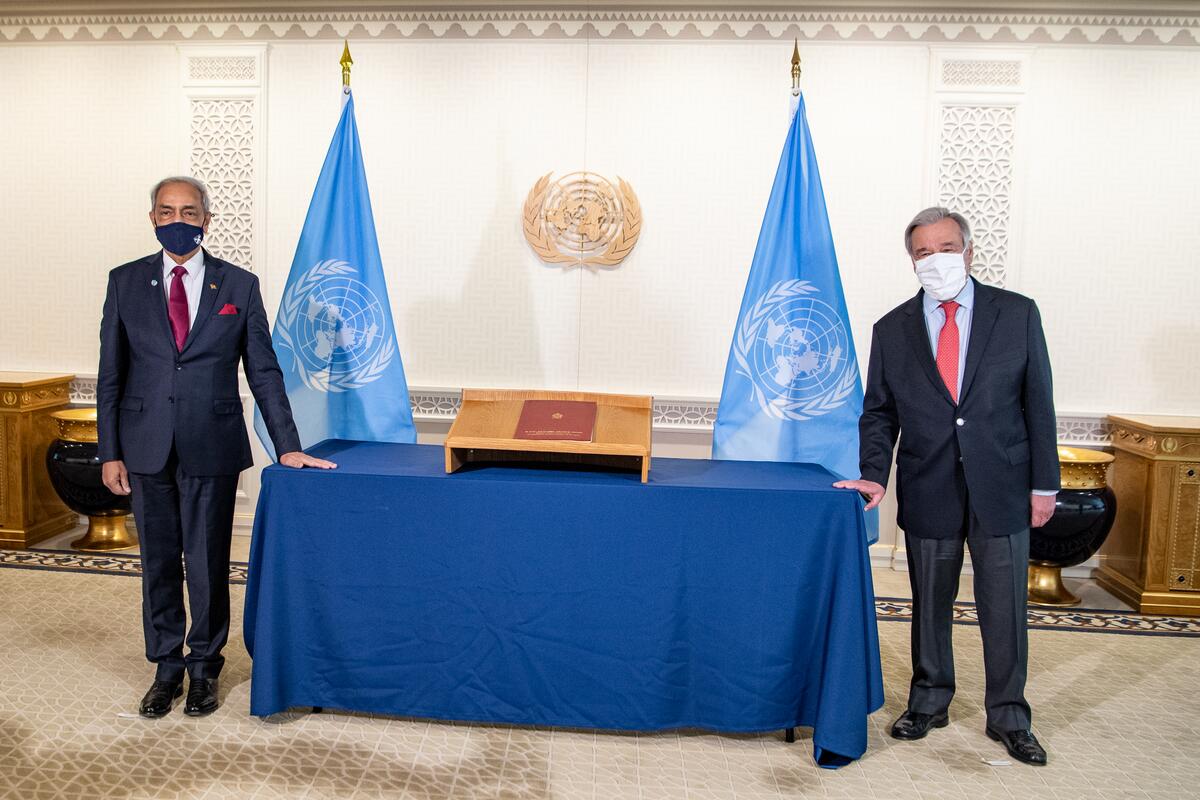 The new Permanent Representative of Sri Lanka to the United Nations, Mohan Pieris, paid a courtesy call on UN Secretary-General António Guterres yesterday (Thursday).  He earlier presented his credentials to the Secretariat on 13 January.

Earlier in his career, he served as Chief Justice of Sri Lanka’s Supreme Court from 2013 to 2015.

He was appointed Chairman of the Seylan Bank PLC in 2011 and also served as a Senior Legal Advisor to the Cabinet Ministries in Sri Lanka during that time.

In 2008 he was appointed Attorney-General of Sri Lanka and, before that, served as Legal Consultant to the Central Bank, beginning in 2006.  Prior to those appointments, Mr. Pieris was appointed in 2005 as the Legal Advisor to the Ministry of Defense in Sri Lanka.  In 2004, he also served as the President’s Counsel.

Beginning in 1996, Pieris practised law in the Original and Appellate courts on both criminal and civil matters, as well as matters of public law and fundamental rights in the Court of Appeals and the Supreme Court.  He also served as Deputy President of the Bar Association of Sri Lanka and was a member of the Sri Lankan Delegation to the Universal Periodic review at the eighth session of the Human Rights Council of the United Nation.

Between 1981 and 1996, Pieris was State Counsel for the Sri Lankan Attorney-General’s Department working in the Cease-fire Monitoring Committee and the Special Presidential Commission of Inquiry into Corruption and Abuse of Power in Public Bodies.  He also worked as a Solicitor of the Supreme Court of England and Wales, beginning in 1978.  In 1975 he began work as an Attorney-at-Law for the Supreme Court of Sri Lanka.

He attended the Royal College in Colombo and received his law degree from Sri Lanka Law College.

He was born on 30 August 1951 and resides in Colombo with his wife. (Colombo Gazette)