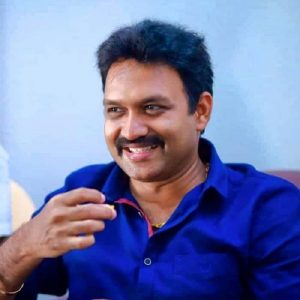 Plantation workers are to boycott work tomorrow (Friday) as a mark of protest over the wage issue.

Ceylon Workers’ Congress (CWC) Vice President Senthil Thondaman told Colombo Gazette that the boycott will be carried out to protest against the attitude of plantation companies with regard to the wage issue.

He said all plantation workers will remain home in order to follow safety measures in line with Covid quarantine regulations, while public support has also been sought in this regard.

The work strike will be conducted to show the plantation workers and trade unions’ disagreement over the views of plantation companies, who have claimed that the workers are well looked after and happy with the present daily wage.

Thondaman said as it was announced by the Cabinet this week that the matter was being forwarded to the Wages Board, all plantation companies had agreed for a Rs. 25 increase in the daily wage overnight.

“This move by the companies shows that they are capable of providing the requested daily wage of Rs. 1,000, but are holding back for their own personal benefit,” he explained.

The CWC Vice President further pointed out that plantation companies have not incurred capital expenditure, as they had obtained the estates, which are Government owned, on lease of Rs. 500-700 per year.

Stating that the land investment amount is the least, minimum charge given for plantation companies, Thondaman said they have secured profits without capital expense.

He further said the trade unions, plantation companies, and the Government had agreed to take care of plantation workers, but the companies have failed to do so at present.

He said that thus, the companies cannot state they are incapable of paying their labourers, as the latter have carried out their duties diligently, and the losses were faced due to the inaction of the plantation companies.

The Ceylon Workers’ Congress Vice President went on to say that the overnight change in decision by plantation companies to increase the pay by Rs. 25, shows that their policies and attitude are of double standards.