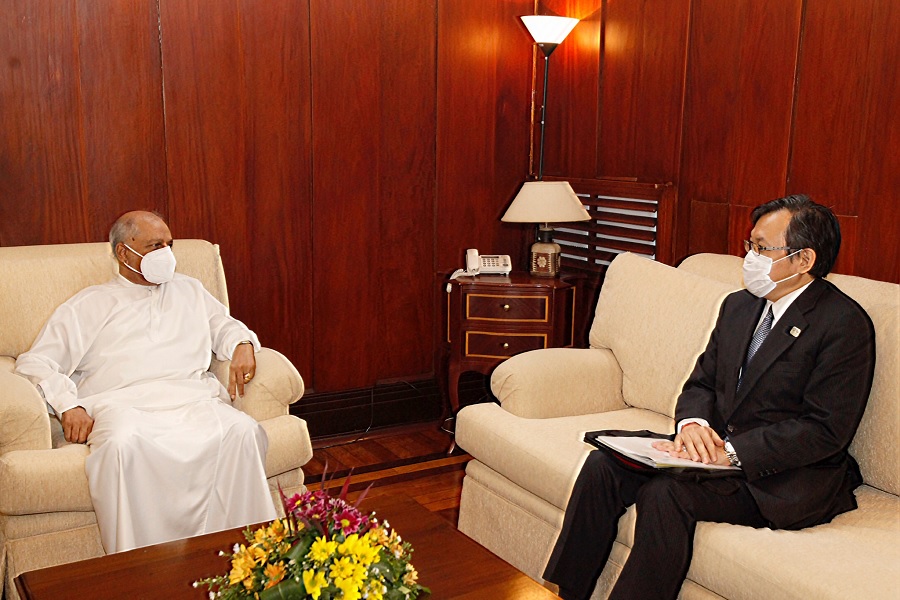 The Japanese Government has expressed regret over Sri Lanka’s decision to scrap the East Container Terminal deal with Japan and India.

The Ambassador of Japan to Sri Lanka Akira Sugiyama met with Foreign Minister Dinesh Gunawardena today (03) and discussed a range of matters relevant to the bilateral partnership between Sri Lanka and Japan.

The issue over the East Container Terminal deal is believed to have been raised at the meeting.

The Memorandum of Cooperation among the three Governments of Sri Lanka, Japan and India on the development of the East Container Terminal located in the Colombo South Port was signed in Colombo on 28 May 2019.

Then Ports and Shipping and Southern Development Minister Sagala Ratnayaka who signed the agreement on behalf of Sri Lanka in 2019 insisted that the ECT was not “sold” to India or Japan.

As per the 2018 agreement India and Japan were to have a 49% stake collectively in the Terminal Operations Company that was to be set up with the exclusive and explicit purpose of providing the equipment and systems necessary for the development of the ECT and managing the ECT for long periods.

Under the agreement the stake of 51% of the TOC was to belong to the Government of Sri Lanka under the Sri Lanka Ports Authority (SLPA).

It was recently speculated that Chinese intelligence agencies were behind the opposition by trade unions to the ECT deal. (Colombo Gazette)