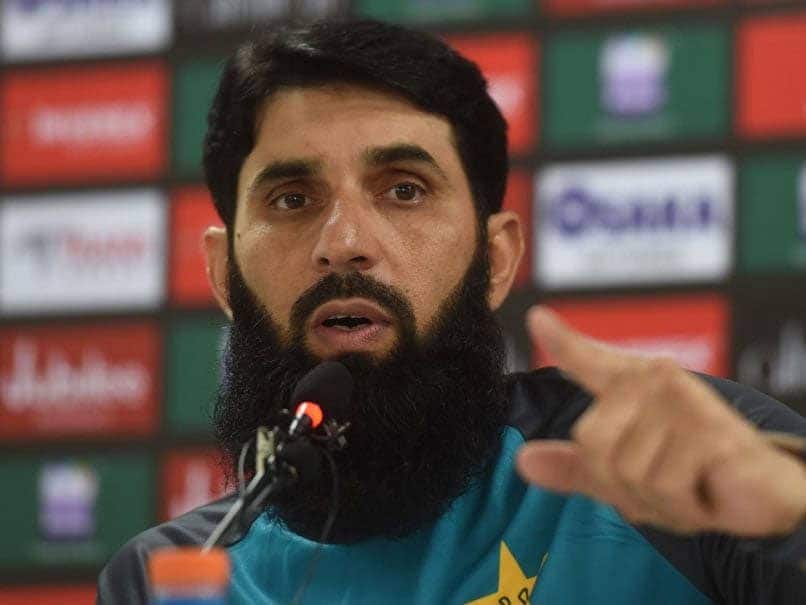 Pakistan head coach Misbah-ul-Haq doesn’t want his team to get complacent ahead of this week’s second Test match against South Africa.

The home side fought back from a precarious 27-4 in their first innings at the National Stadium, Karachi to beat the Proteas by seven wickets and take a 1-0 lead the two-match series. The second Test starts at the Pindi Cricket Stadium in Rawalpindi on Thursday.

“It was a much-needed victory,” Misbah said during a virtual media conference. “The team came back from a difficult position, but we don’t want to be complacent. South Africa are a tough team and we know they will come back hard at us.”

Since taking over as head coach in 2019, Misbah has lost three away Test series against Australia, England and New Zealand but his Pakistan side have beaten less formidable teams like Sri Lanka and Bangladesh at home.

Misbah and bowling coach Waqar Younis were summoned by the Pakistan Cricket Board after the team lost a Test series 2-0 in New Zealand last month. Both coaches were given another chance, but their longer-term futures were tied to the outcome of the current home series against South Africa.

“My focus is on this series,” Misbah said. “We will put all our energies in this [Rawalpindi] Test match and see how we can win. Other things are uncontrollable and there is no point in thinking about it.”

Middle-order batsman Fawad Alam’s dream return to Test cricket played a key role in Pakistan putting up a formidable 378 in the first innings of the Karachi Test after South Africa were bowled out for 220 inside two sessions on the first day.

Left-handed Fawad, playing in only his eighth Test match in 11 years, made a gritty 109 and revived Pakistan after a top-order collapse with Faheem Ashraf and Azhar Ali also contributing useful half-centuries.

But the conditions in Rawalpindi will be much cooler than they were in Karachi and Misbah said the team may change its bowling line-up to include four fast bowlers and only one spinner.

The dry pitch in Karachi gave the two Pakistan spinners plenty of assistance, but Misbah was not sure if he could get a similar type of wicket and conditions in Rawalpindi.

If Pakistan opts for a fourth fast bowler, Haris Rauf is a possible option to make his Test debut in his hometown.

“Haris is bowling well with the old ball,” Misbah said. “If the need arises we will see him.”

The head coach also praised fast bowler Hasan Ali saying he bowled well throughout the recently-concluded domestic season. “We have to give a bit of margin to a player who is making a comeback after a long time. Hasan as a whole package gives [us] an edge,” he said.

Left-arm pacer Shaheen Shah Afridi was not being overloaded, the head coach maintained. “The physio, medical panel, trainer and bowling coach all are looking at him [Shaheen] and seeing that the line is not crossed.”

Commenting on the axing of experienced all-rounder Mohammad Hafeez for the T20 series against South Africa, Misbah said “we would miss him” but added there was an opportunity for someone else.

“Chief selector Mohammad Wasim has clarified why he [Hafeez] is not in the [Twenty20] squad. I think they understand better than us and we can’t do anything about it. As a coach we will miss him but it’s an opportunity [in the team] for someone else,” Misbah stated.

Also on Monday, the Pakistan team attended a training session at the Pindi Cricket Stadium.

Meanwhile, South African cricketer Rassie van der Dussen said he was glad to spend some time in the middle during the series opener.

“It’s good to be out there and knowing that all your preparation and execution of your plans was good. It [Karachi Test] was my first match in the subcontinent and I’m happy with that,” the batsman said during an online press talk.

Van der Dussen crafted a fighting half-century (64) in the second innings of the match in Karachi.

To a question about any specific bowler who troubled him in the first Test, the top-order batsman said Pakistan had a very balanced bowling line-up.

“I will not say there’s one bowler that necessarily stands out. I think playing against a good bowling line-up, everybody’s going to challenge someone. Their spinners bowled very well and the seamers used the reverse swing which made it pretty tricky for us. So everybody poses their own threat,” the 31-year-old said.

“There is less bounce in the subcontinent [tracks]. You know, the ball’s not bouncing over the stumps, so you’ve to set yourself up to sort the counter. So I think that’s the major difference,” he said.

Speaking about his skipper Quinton de Kock, van der Dussen said he was consistent in character and a brilliant cricket brain.

“If you look at the previous bowling efforts, I mean, 80 per cent of our bowling effort in the first innings was actually brilliant. The plans we had were good,” the South African player recalled. (Courtesy Dawn)