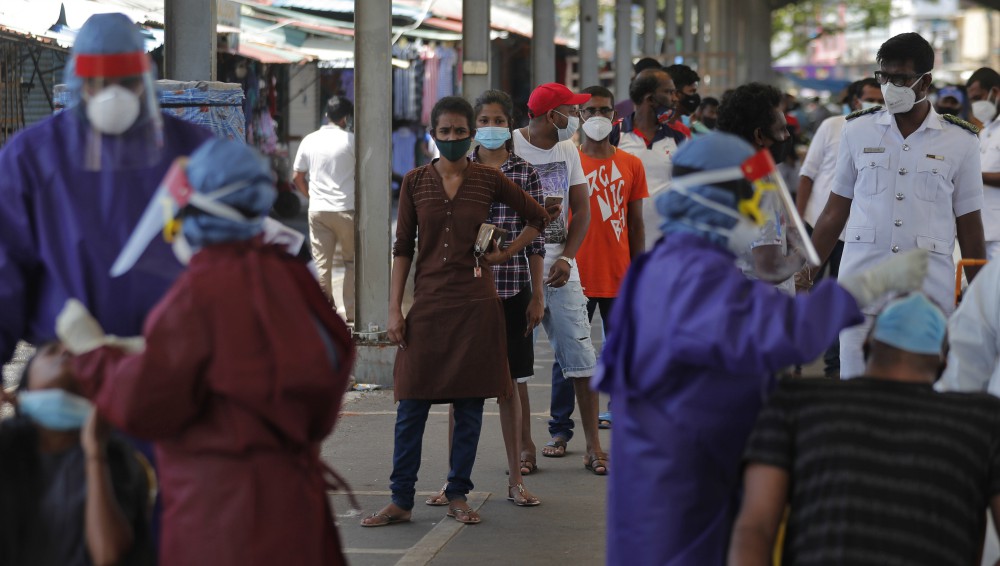 A number of people infected with the coronavirus have been detected in the Fort and Gotatuwa areas.

Officials said that 74 infected persons were detected in Gotatuwa and 60 people in Fort.

They are among 313 people found to be infected in the Colombo District over the 24-hour period ending at 6am today (Saturday).

Apart from Fort and Gotatuwa a few people were also found to be infected in others parts of Colombo, including Bambalapitiya, Narahenpita, Kollupitiya, Kotahena and Grandpass.

A total of 859 people were found to be infected around the country during the 24-hour period ending at 6am today (Saturday).

The Public Health Inspectors (PHI) Association had said this week that the coronavirus situation in Sri Lanka is currently out of control.

PHI Association Secretary M. Baalasooriya had told Colombo Gazette that the spread of the virus has reached an unmanageable situation.

He said that employees at various hospitals, students at a number of schools, police personnel, and government employees have contracted the virus.

“This has prompted many wards at hospitals to be closed, and several government departments and schools to also temporarily suspend operations,” he said.

Baalasooriya said the key reason for this is due to employees at most institutions working at full capacity and their usage of public transportation.

Pointing out that the easing of travel movements during the Christmas and New Year holidays has also contributed to the increase in the spread of COVID-19, Baalasooriya said that people who left the Western Province during this period have spread the virus to other provinces. (Colombo Gazette)