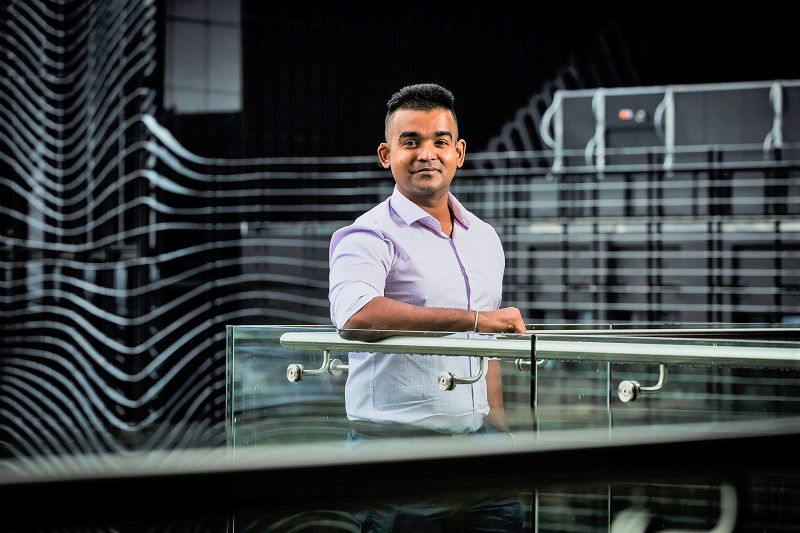 Excellence Through Empathy And Experience

‘The light of learning’, the dream of a visionary educationist became a reality with the establishment of the Royal Institute at Havelock Town, fifty years ago, in 1971. In 1993, a branch school was established in Nugegoda; its network expanded to Maharagama, Maya Avenue and Gampaha offering well-coordinated world-class education. Royal Institute (RI) holds modern academic amenities and a range of other latest state of the art facilities.

World-class education offered in a student-friendly, caring environment is the secret to the unblemished success of RI. The school caters to both, the national curriculum as well as the curriculum by Cambridge Assessment International Education. Throughout its 50 years of history, the Royal Institute has produced amazing competent learners, who have received world prizes and international recognition.

Gayathrini Premawardhane a proud RI alumna, earned financial aid up to 90% of the total cost of the undergraduate degree programme from Cornell University, NY, USA, for her outstanding academic performances. It included the Foreign Students’ Scholarship, Satya Brat and Santosh Bhaman Scholarship and annual grants for housing, dining and health insurance. Gayathrini will graduate in May 2021 with a major in Physics.

Dr. Yugeesh Lankadeva, another notable alumnus, obtained his Bachelor’s degree in Biomedicine from Deakin University and his fully-scholarship funded PhD from Monash University. He currently serves as a National Heart Foundation Future Leader Senior Research Fellow and Head of the Translational Cardiovascular and Renal Research Group, Florey Institute of Neuroscience and Mental Health, Melbourne. Dr. Lankadeva holds the authorship of over 40 publications; his discoveries have been acknowledged by the award of over $3.6 million of research funding and over 20 prestigious awards.

Royal Institute constantly believes in producing individuals who are academically sound and rich with life competencies and virtues. Besides receiving recognition for academic excellence, learners adorn their alma mater and motherland with recognition for excellence in sports and performing arts, upholding the pride of RI.

Vibhath Jayasinghe, a versatile alumnus, is currently an undergraduate at the University of Colombo. He is one of the first two President Scouts in the history of RI; moreover, he is a gifted actor, dancer and a stage director. He was appointed as the Head Prefect, of RI, Maharagama and awarded as the best all-round student in 2018. “Royal Institute is the place where I learnt the policies and values that I embrace, built all associations and mastered all skills,” recalls Vibhath.

Similarly, Chaniru Mirando, the Deputy Head Prefect of RI, Nugegoda and a multitalented scholar, struck a great balance among academics, sports and leadership.

Chaniru captained the school badminton team, which emerged champions in the inter-International schools’ badminton tournaments for 6 years, winning the best player title, each time. His team was the first international school team to enter the semi-finals in an all-island Super A division Championship. Being a junior national gold medalist, in 2016, Chaniru was selected to the National Junior Badminton Team and represented Sri Lanka at the Asian Junior Badminton Championship held in Indonesia. Being the only Sri Lankan who made it to the best 16 players of the tournament, he was ranked #20 globally by the World Badminton Federation. He won national colours awards in 2019. Chaniru obtained best results at Cambridge Checkpoint examination, 4A*s and 3As at Cambridge OLs, 3As and a C at AS Levels and is currently awaiting his AL results.

The above testifies that the availability of sophisticated and stimulating learning environments and active participation in an array of extracurricular activities enrich students with all skills, competencies, values and independence demanded by a challenging world.

Furthermore, the tertiary education arm of RI, Royal Institute of Colombo (RIC) with over 40 years of excellence, and an affiliation with the University of London and the University of Deakin, Australia ensures that each undergraduate steps out into a bright and tantalising future holding a trove of knowledge, dignity and a world-class degree from the world’s most prestigious universities.

Evidently, authenticity, empathy, and commitment to educate and serve the future generations of Sri Lanka have been and will forever be the driving forces behind the unmatchable success of Royal Institute.