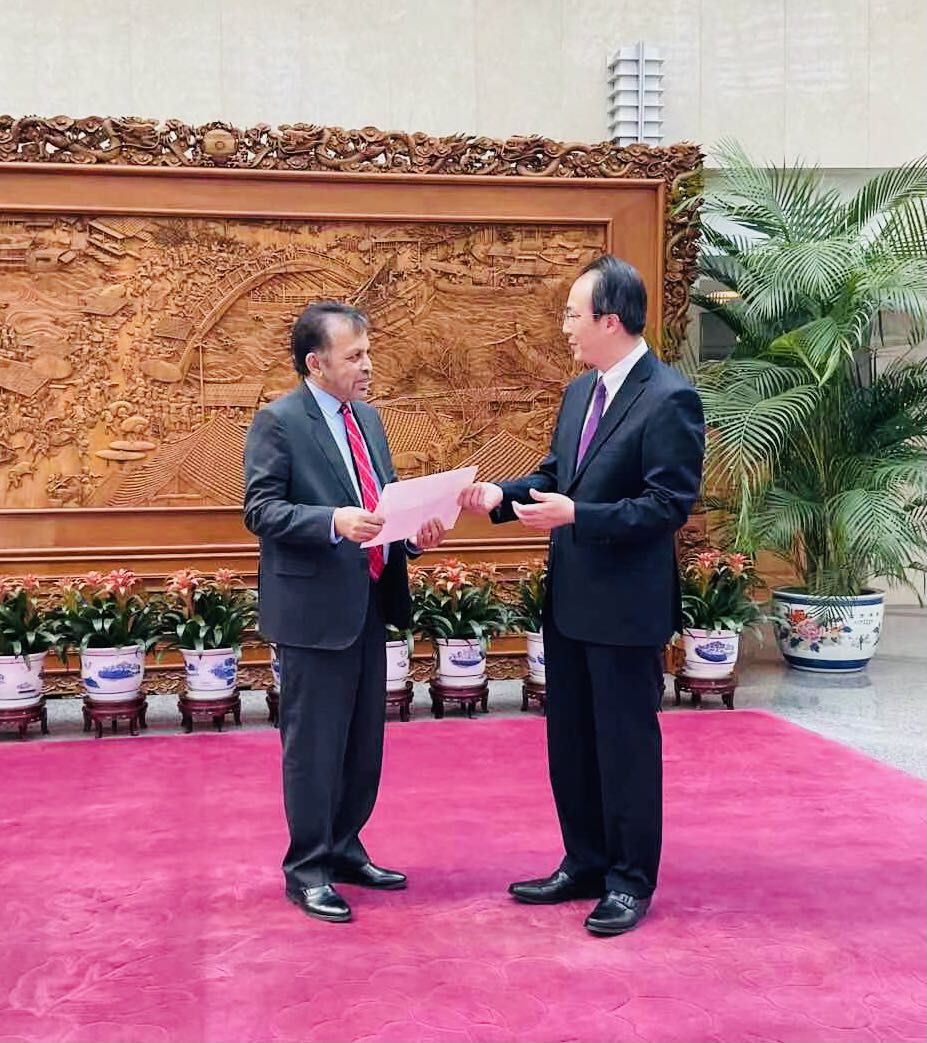 The Ambassador of Sri Lanka to China Dr. Palitha T. B. Kohona presented a copy of his credentials, formally, consistent with protocol, to Director General of the Department of Protocol Hong Lei at the Ministry of Foreign Affairs of China today.

Dr. Kohona briefed Hong on the Covid-19 and the current economic situation in Sri Lanka and also his priorities during his tenure in China.

He also referred to a letter written by the President of Sri Lanka, Gotabaya Rajapaksa, seeking access to Chinese vaccines.

Dr. Kohona also expected that China and Sri Lanka would cooperate to the mutual benefit of both countries. In addition, during his tenure he hoped to encourage more investments, trade and tourism to happen.

Dr. Kohona stated that he was carrying a special gift and a personal message from the President of Sri Lanka, Gotabaya Rajapaksa, to the President of the People’s Republic of China, Xi Jinping.

Hong responded that he was aware of the close friendship between both leaders. He further stated that the two countries have supported each other in the past and China could be counted as a friend in the future as well.

He stressed that Chinese companies will be encouraged to engage with Sri Lanka as it continues to open up for trade and investment and the Government of China will decide soon on the distribution of the vaccine. (Colombo Gazette)