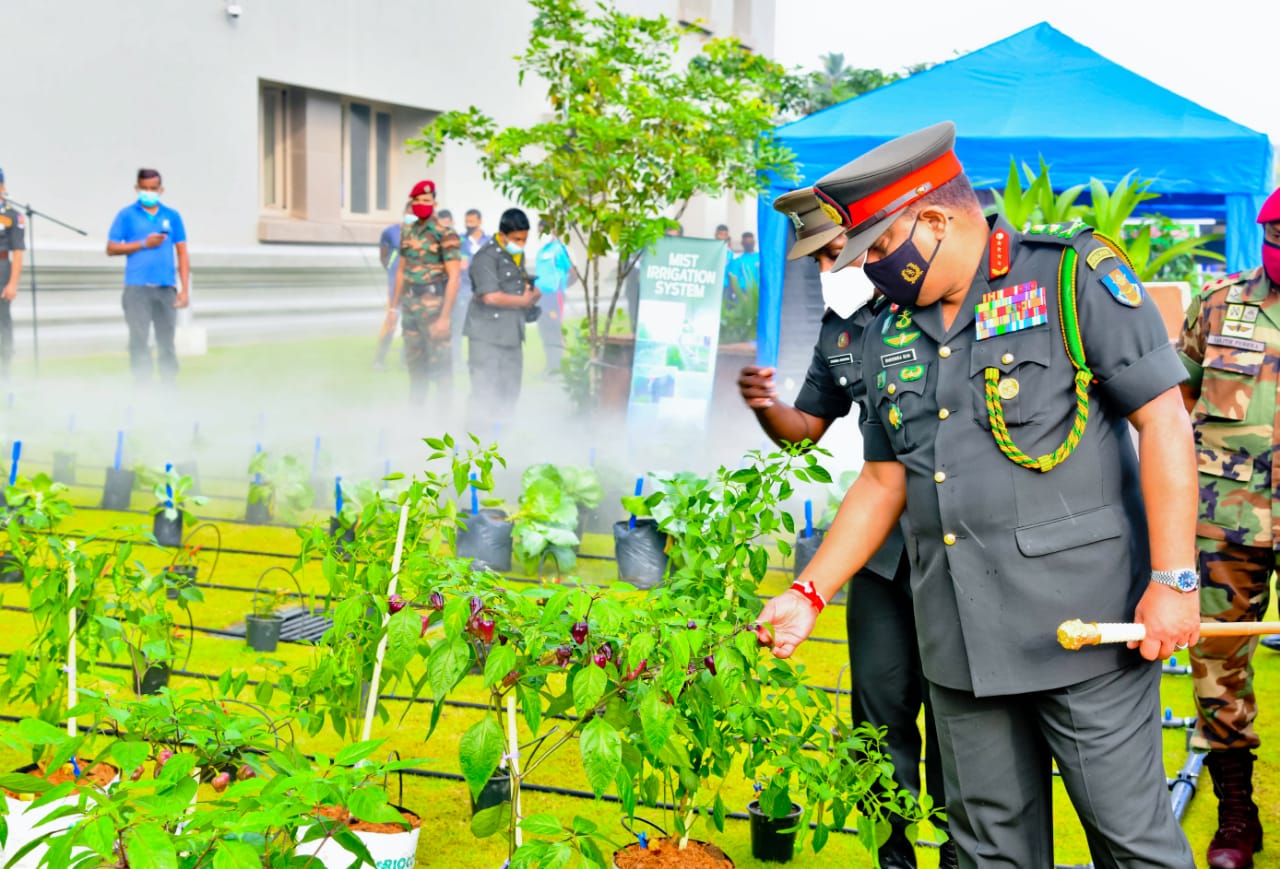 The Sri Lanka Army today established the Agriculture and Livestock Corps Unit of the Military.

The inauguration ceremony of the Sri Lanka Army Agriculture and Livestock Corps Unit took place at the Army Headquarters in Sri Jayawardenepura Kotte.

Commander of the Army General Shavendra Silva presided the event, which was attended by other high-ranking officials of the Military.

“The newly-raised Corps of Agriculture and Livestock expects to strategically support the state sector initiatives at national level to establish agriculture resource centres, improvement to fresh water fish-breeding, establishment of cold storing facilities and a tri-service agrarian research and development centre while extending maximum support to further improvement of the agrarian sectors in both state and private sector initiatives,” the Army media unit said.

The Army says it has been maximizing the use of Army lands for agricultural and dairy purposes and has also been engaged in the production of paddy, vegetables, eggs and several varieties of essentials to the Army through its Kandakadu, Menik Farm, Vellamkulum, Galkanda, Palatupana, Adiyapuliyankulam, Balalla and Niraviya farms.

Army empowered to use force to protect lives and State property