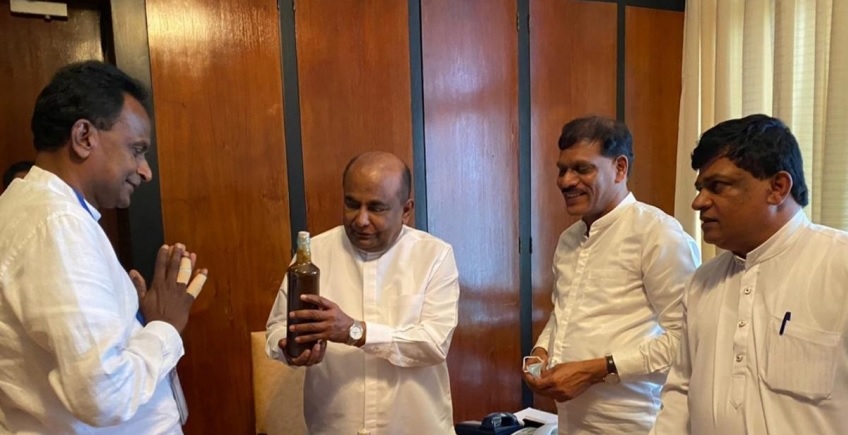 Speaking in Parliament today, Premadasa asked if the tonic received quality assurance approval before it was consumed.

He said that consuming the tonic without approval from the appropriate health authorities puts the lives of those who consumed it at risk.

“This is no joke. This is a question over people’s lives,” he said.

However, Speaker Mahinda Yapa Abeywardana did not respond to the question.

The Speaker and a group of parliamentarians had last month tested the Ayurveda tonic said to cure people from the coronavirus or prevent individuals from contracting the virus.

Ayurvedic practitioner Dhammika Bandara from Hettimulla, Kegalle visited the Speaker in Parliament and handed over the tonic.

The tonic was consumed by the Speaker and a group of Parliamentarians.

Dhammika Bandara had then urged the Speaker to intervene to ensure the tonic is tested by the health authorities and approved for public consumption.

Deputy Director General of Health Services Dr. Hemantha Herath had said at the time that the Drug Authority and the Food Authority of the Health Ministry had not recognized the product.

Commissioner of Ayurveda Chathura Kumarathunge had also said that Bandara was also not registered as an Ayurvedic practitioner. (Colombo Gazette)