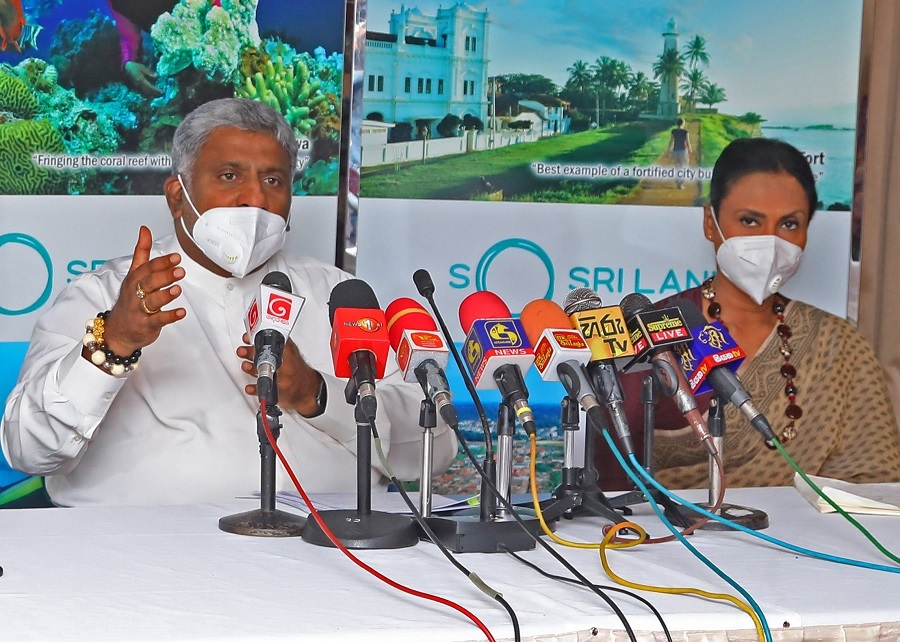 The Government has decided to reopen the country’s international airports from 21 January for commercial flights.

Tourism Minister Prasanna Ranatunga said that the airports will reopen after 10 months.

The Minister said that he expects commercial flights to begin arriving at the Mattala and Katunayake airports from 23 January.

He said that the country will open for foreign tourists with strict health guidelines in place.

The Minister said that shortcomings from the pilot project initiated last month will be addressed before the airports reopen this month.

The Tourism Minister said that 14 locations have been identified where the tourists will be able to visit after being cleared in a PCR test, including the Temple of the Tooth (Dalada Maligawa) in Kandy.

He also said that the tourist sites will not be closed for locals when foreigners visit the area.

However steps will be taken to ensure locals and foreigners do not have close interaction.

Ranatunga also said that legal action will be taken on travel agencies if tourists violate the health guidelines when visiting Sri Lanka.

He also said that tourists will not be allowed to enter Sri Lanka through those respective travel agencies.

Chairman of the Tourism Advisory Committee Hiran Cooray had said yesterday that as of the end of October 152 countries were open for tourism while Sri Lanka was closed.

Cooray said that Sri Lanka remained closed despite managing the spread of the coronavirus very well.