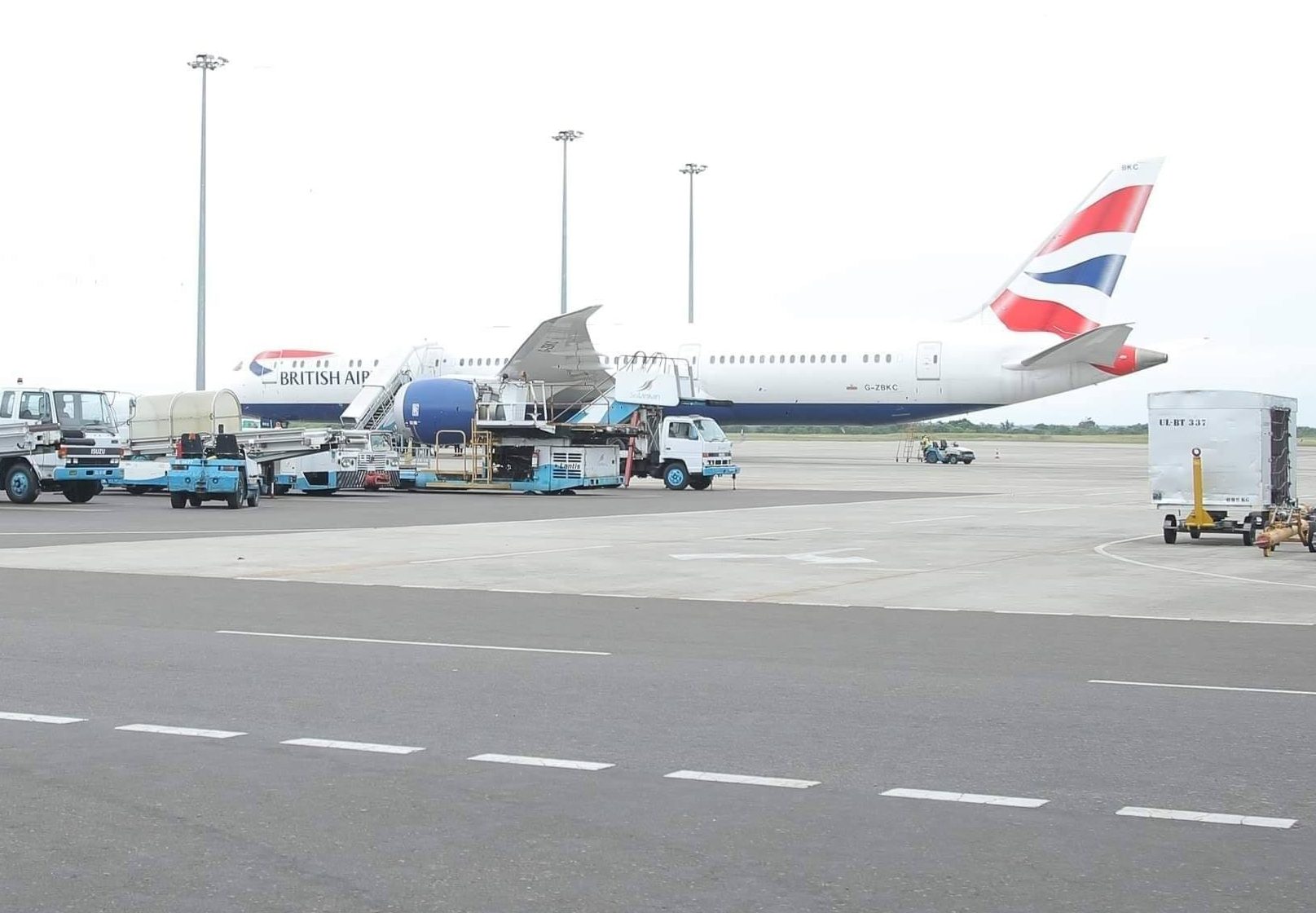 A British Airways flight landed at the Mattala airport today with the England cricket team and the crew.

The England cricket team arrived in Sri Lanka on British Airways 9110 to play a two Test series against Sri Lanka in Galle. This will be preceded by a period of quarantine and training.

The first test match begins on 14 January, followed by the second on 22 January. Due to the COVID-19 pandemic, the team will remain isolated and will not be able to interact with the public. The matches will be played behind closed doors.

“Sri Lanka is a beautiful country. To play in Galle will be very special – it is one of the iconic venues in world cricket. The past 10 months have been uncertain for us all, but having international cricket returning to Sri Lanka will be a massive boost for cricket fans all over the world,” Managing Director of England Men’s Cricket, Ashley Giles said.

During their tour, the team will sign cricket bats, which will be auctioned by two local organisations committed to the elimination of all forms of violence against women and girls. Funds from the auction will go towards supporting victims of sexual and gender-based violence in Sri Lanka.

“We welcome the England team to Sri Lanka. Cricket embodies so many great things about the people to people links between the UK and Sri Lanka. Cricket brings us together, connecting countries and communities, which couldn’t be more important during these unprecedented times,” the British High Commissioner to Sri Lanka, Sarah Hulton said.

The England team last toured Sri Lanka in 2018 to play three Tests, five One Day Internationals and one Twenty20 International match. During their tour, they visited a demining site in the north-west of Sri Lanka, run by the Mines Advisory Group, a British charity supported by UK Aid. A year after their visit, the village was cleared of landmines. (Colombo Gazette)