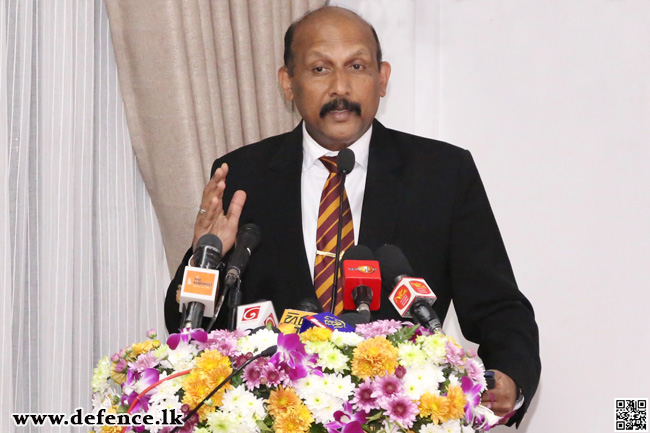 Sri Lanka is in talks with multiple countries to nab drug ringleaders who are based overseas.

Defence Secretary Gen. (Retd) Kamal Gunaratne said that Sri Lanka has already had talks with some countries to arrest drug ringleaders who are wanted in Sri Lanka.

He said that 18 Red Notices have been issued through INTERPOL to arrest the suspects.

The Defence Secretary said that some of the wanted criminals who are evading arrest and are now based overseas, are expected to be arrested this year.

“We conduct weekly discussions at the table about these issues including on underworld activities,” he noted.

The Defence Secretary also said that there is no room for separatism and extremism in Sri Lanka.

“Nobody would be allowed to take up arms,” the Defence Secretary added.

He also said that operations to crackdown on drug rings in the island would be further strengthened during 2021.

Responding to alleged human rights violations likely to be raised in Geneva this year, the Defence Secretary insisted that war crimes were not committed by the military. (Colombo Gazette)