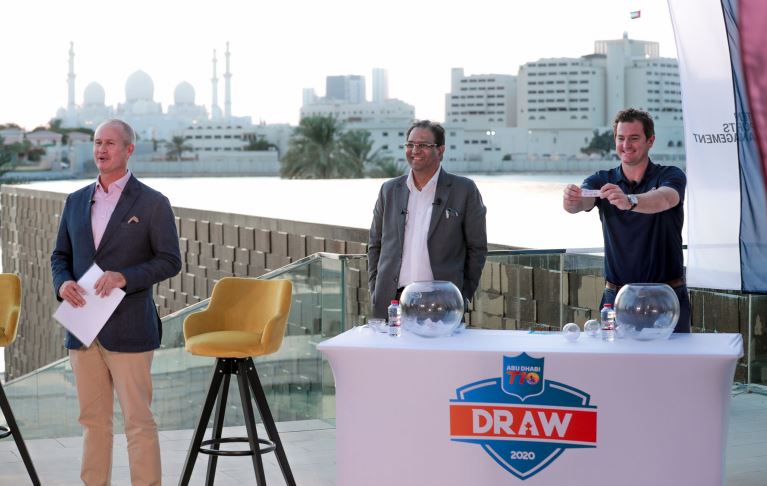 Eight teams have drawn battle lines through a live Team Draw for the coveted Abu Dhabi T10 Winners Trophy – the fourth season of the cricket’s fastest recognised format is spreading is increasing in popularity across the world.

An exciting line-up placed eight teams of Abu Dhabi T10 into two powerful groups for them to battle it out for the next season of the world’s first and only ten-over format professional cricket league when they meet at the Zayed Cricket Stadium, Abu Dhabi from January 28 to February 6, 2021.

Bangla Tigers last year secured the third place, followed by Qalandars – who was the first eliminator in the Super League. Karnataka Tuskers – a team launched last year – has been rebranded as Pune Devils.

Each of the four teams will play three matches – six in each group in the group-stage. A total of 12 matches will be held in the group stage, followed by 12 more matches in Super League to determine the line-up in the Super League in which top two ranks as Qualifiers while 3rd and 4th fight out as Eliminators. A total of 28 matches will be played in a span of ten days – in which the world’s top international cricketers will participate.

Backed by Emirates Cricket Board and sanctioned by the International Cricket Council, the Abu Dhabi T10 is a UAE home-grown innovation that is making cricket more popular across the world. A 90-minute match, the ten-over format is ideally suited for the Olympics.

Shaji Ul Mulk, Founder & Chairman, Abu Dhabi T10, says, “I am delighted at the outcome of the draw for this edition. This year’s icon players and retained players make every team well balanced, and this is bound to produce tough competition. It’s a big achievement that we are able to stage this tournament during Covid times – All credit to Abu Dhabi Cricket. We’ve had record crowds in the previous editions and we hope the government permits maximum attendance for matches in the coming edition.”

Matt Boucher, Chief Executive Officer, Abu Dhabi Cricket, says, “It’s a great day for Abu Dhabi T10 tournament. One of the first milestones of the 4th edition is now in the bag, and this is a fantastic moment for everybody. The special draw is complete and it looks like a brilliant set of games over ten days at the Abu Dhabi Zayed Cricket Stadium. I am extremely impressed with the icons and the platinum category stars announced by the teams. This edition will be a big achievement for the Abu Dhabi Sports Council and the Abu Dhabi Department of Culture and Tourism who will once again provide support towards the event.”

Haroon Lorgat, Director Strategy & Development, Abu Dhabi T10, says, “This draw brings excitement to the teams and now they can start working out their squad formation. I am astounded at the potential of T10 cricket and its attraction to grow the game.”