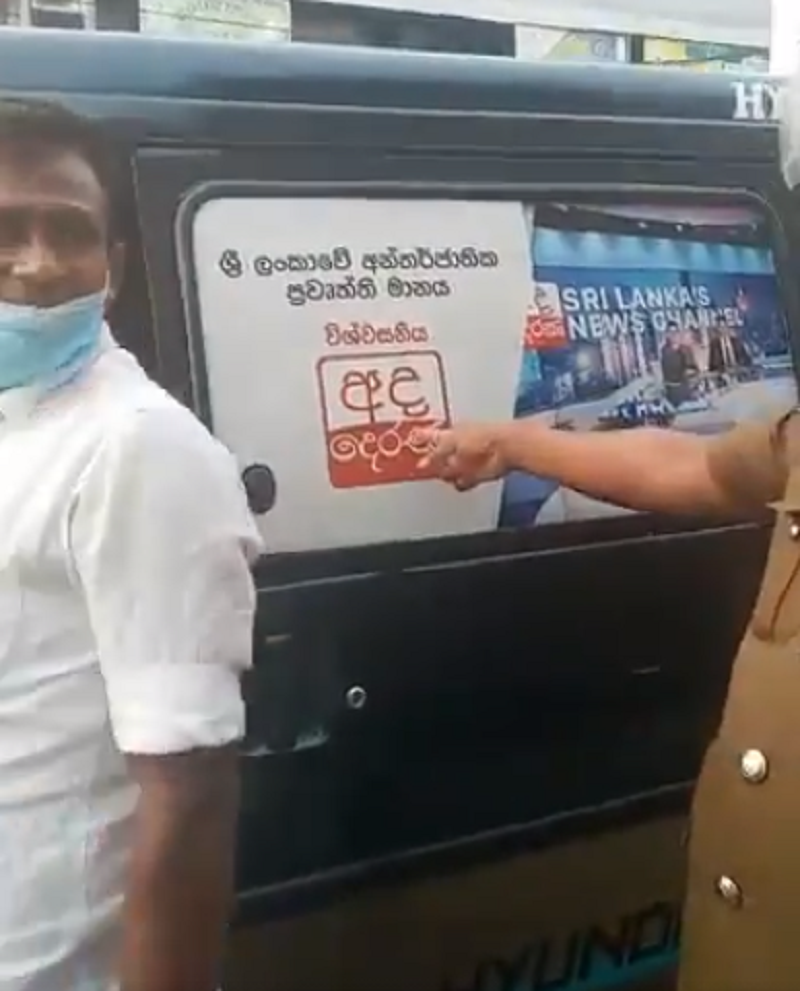 A video circulating on social media shows the Police seize a van with the logo of a popular private media institution.

The Police had reportedly seized the van as the driver and his assistant were drunk at the time.

The video shows policemen pointing at the logo of Derana TV and using a mobile phone to video the arrest.

The video also shows a bottle and cup inside the van on the front seat.

A Police officer later gets into the driver’s seat and drives the van away with the van driver and assistant seated at the back.

Meanwhile, Derana said that the van was obtained on hire and the two people are not employees of the Derana media group.

Derana said that the incident had occurred in Mattakuliya yesterday (26th) and that the van was not out on official media work.  (Colombo Gazette)