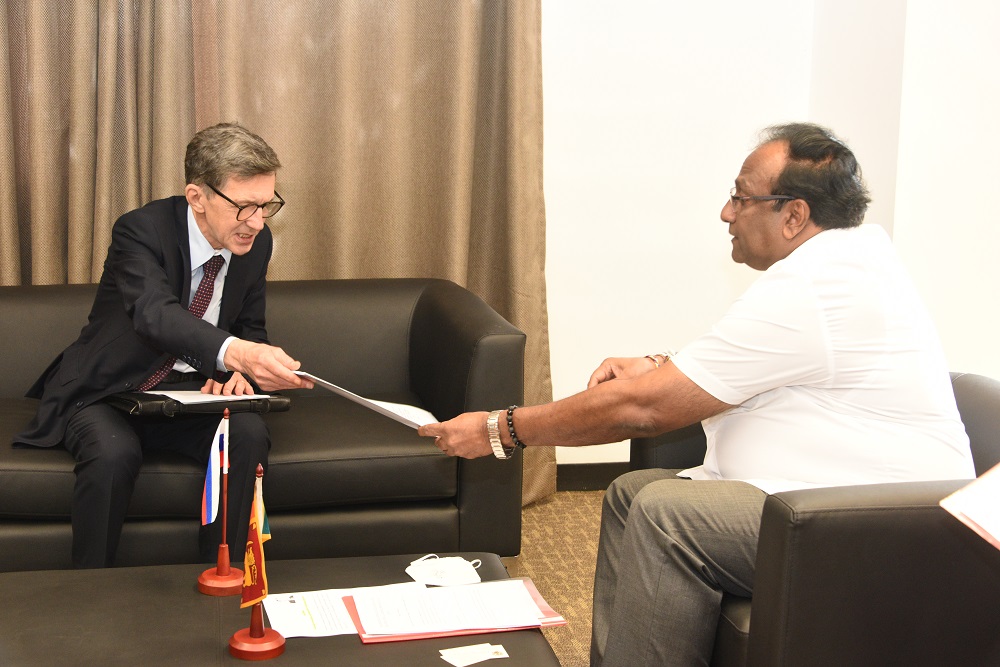 Sri Lanka and Russia have had discussions on the process to obtain the Covid vaccine from Russia.

Among the issues discussed was the Covid vaccine manufactured in Russia.

The Russian Ambassador also drew the attention of the Minister to an agreement reached between Sri Lanka and Russia for close cooperation in public security.

Russia said it will consider Sri Lanka’s request to support efforts to defeat any motion submitted to the UN Human Rights Council against Sri Lanka in March. (Colombo Gazette)