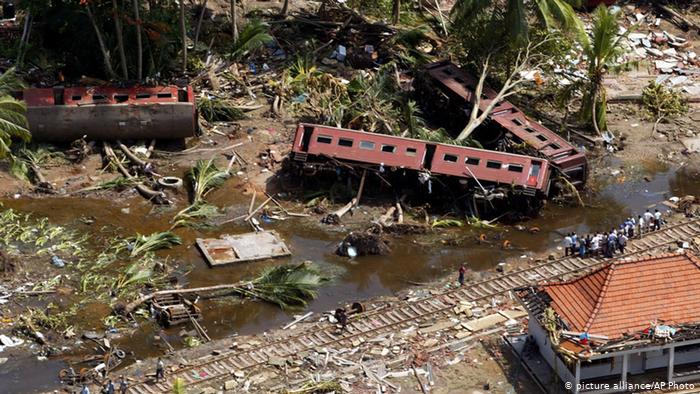 A two minute silence was observed this morning to remember the over 35,000 people killed in Sri Lanka on 26, December 2006.

The tsunami crashed into the North, East and Southern parts of Sri Lanka and caused slight damage to parts of the West.

The tsunami waves which crashed into homes, hotels and other property, also destroyed a passenger train in Peraliya killing over 1,700 people. The incident was considered the biggest train disaster at the time.

Since then early warning systems were established along the coastal belt and people living in disaster prone areas, were trained on evacuating to the nearest safe locations.

Safe routes have been clearly marked in public areas to enable tourists and visitors to evacuate to in the event of any future disaster. (Colombo Gazette)