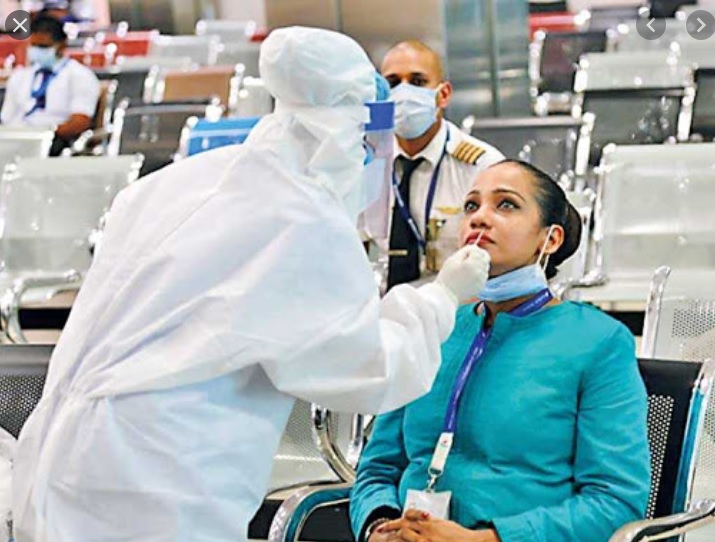 Sri Lanka is unable to to detect the new variants of the coronavirus at the airport as it does not have such a facility, health officials said.

However, they said that anyone with the new variant will test positive for the coronavirus during a PCR test.

So far officials know that the new variant of the coronavirus detected in the UK can transmit faster.

She said that if anyone infected with the new variant is tested at the airport, they can be detected for the coronavirus but not the variant.

However, she said that the facility to identify the variant is available at the Sri Jayewardenepura University.

Speaking to reporters in Colombo, Dr. Shirani Chandrasiri said that international travel restrictions have been enforced in Sri Lanka to ensure the new variant does not enter Sri Lanka.

However, she said that even if someone infected with the virus enters Sri Lanka a PCR test will show that person is infected with Covid but will not show the variant.

Dr. Shirani Chandrasiri said that more than focusing a lot on the new variant the priority should be to ensure the coronavirus is controlled in the Western Province.

“Our focus now is to ensure people do not travel out of the Western Province and take the virus with them,” she said.

She said that the public have a social responsibility and if anyone refuses to comply with the health guidelines then they are going against that responsibility.

Dr. Shirani Chandrasiri warned that the situation in Sri Lanka can get worse if steps are not taken to adapt to the new normal.

Two new variants of Covid-19 have been identified as of concern in the UK, both said to be more transmissible than the previously dominant version.

What are the new variants?

One seems to have arisen in Kent in September and the other appears to have been imported from South Africa, with Matt Hancock saying on Wednesday that two cases had been identified in the UK. The two variants share some similarities but are not identical.

How did they come to light?

The UK variant was discovered during an investigation into why coronavirus cases in Kent continued to rise during the November lockdown. Public Health England found a cluster of cases caused by a variant with a high number of mutations. When they looked back at the genetic sequences of viruses collected in the months before, they found that it first cropped up in Kent on 20 September, with another case in Greater London the next day. New variant infections have surged since then and spread across the country.

The variant from South Africa was apparently picked up by genomic surveillance this month.

How do they differ from the older coronavirus?

What’s striking about the new UK variant is the number of mutations it carries. There are 23 changes to the genetic code. Six aren’t thought to affect the virus, but others could change its behaviour. The mutations of most concern are in the spike protein which decorates the surface of the virus. This helps the virus invade cells and is the target for most vaccines. At least three of the spike mutations, N501Y, N439K and Y453F, may help the virus to infect human cells. These, and another change in the spike called delta69/70, might help the virus evade antibodies from people who have caught the virus before or had a vaccine shot. The UK variant is called B117 or VUI-202012/01, meaning it’s the first “variant under investigation” in December 2020. The South African variant also contains multiple mutations, including the N501Y mutation. (Colombo Gazette/Daily Mirror/The Guardian)

Over 50 hotels in Sri Lanka to refuse access to locals