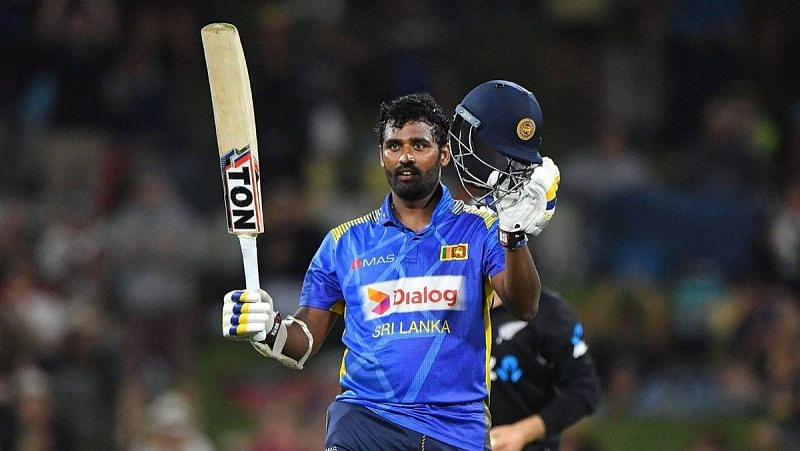 Sri Lankans Thisara Perera and Isuru Udana have been confirmed for the Abu Dhabi T10 League.

Thisara Perera will provide his services with both, bat and ball as the chosen ICON player of the Pune Devils.

Perera is known for his destructive batting in the death overs and often performs the role of match finisher for his team.

Isuru Udana is set to showcase his slower ball variations as the ICON player for the Bangla Tigers.

Udana has come to be known as a T20 specialist in the world of franchise cricket thanks to his performances in the Indian Premier League, Afghanistan Premier League and the World Cup.

Superstars from around the world have confirmed their participation at the Abu Dhabi T10 in the capital of the United Arab Emirates.

The eight teams are taking guard at the Zayed Cricket Stadium for the fourth edition of the tournament – and second season – in Abu Dhabi from January 28 – February 6, 2021.

Arguably the greatest limited-overs cricketer of all-time, Chris Gayle will take centre stage as the ICON player for Team Abu Dhabi. With over 1,000 T20 sixes under his belt, the West Indian is raring to produce the fireworks in the fast-paced ten-over format.

“The shorter the format, the more exciting the game becomes, I can’t wait to play at the Zayed Cricket Stadium again, watch out Abu Dhabi – a Gayle storm is coming!” said Gayle.

No boundary is too big for Andre Russell and once he gets going there is no stopping him. The West Indian has played in more than 300 T20 matches and smashed over 800 boundaries in various leagues around the world will now be a part of the Northern Warriors as ICON player this season.

The Qalandars boasts World T20 winner and Pakistani legend Shahid Afridi in their ranks. He held the record for the fastest century in the ODI format for more than 17 years.

“I look forward to coming back to the Abu Dhabi T10 and playing in one most stunning stadiums in the world” said Afridi.

Dwayne ‘DJ’ Bravo is the former Captain of the West Indies cricket team and the Delhi Bulls have seized the opportunity and signed the West Indian all-rounder as their ICON player for this season.

The batsmen provide the entertainment with sixes and fours, but it’s the bowlers who are key in winning tournaments in a quick paced format such as this one.

Deccan Gladiators’ ICON player Sunil Narine will be a vital inclusion to the team. Sunil’s claim to fame came in 2009 when he picked up all 10 wickets during a trial match and was picked up in the Trinidad and the Tobago squad.

The defending champions Maratha Arabians have decided to back experience for this season as they have signed the World T20-winning player Shoaib Malik as their ICON player. The former Pakistan Captain will lead the Arabians side for this season of the ADT10.

“Although we have hosted numerous local and international cricket events in the past, our commitment to host the second season of Abu Dhabi T10 enhances our gold star portfolio of world-class destination sporting events. It builds upon and expands our profile for bringing together the top athletes in world sport and offering elite competition and unparalleled entertainment value,” he said.

Abu Dhabi T10 builds on the surging popularity of the global game and is the first-ever 10-over tournament in the world to receive the full backing and sanction of both the International Cricket Council and the Emirates Cricket Board. The eight teams of Abu Dhabi T10 are bracing up for yet another cracker of a season in January/February 2021.

The Abu Dhabi T10 tournament will be broadcast on — Sony in India and Pakistan, Abu Dhabi Sports in the Middle East and North Africa countries, Sky Sports in the United Kingdom and SuperSport in South Africa.

Abu Dhabi T10 is the world’s only ten-over cricket tournament officially sanctioned by the International Cricket Council (ICC) and licensed by the Emirates Cricket Board (ECB). It is the first ever internationally approved ten-over format competition.

The tournament is played over ten days, with a round robin followed by semi-finals and the final. The Abu Dhabi T10 tournament is a short, high energy format loved by global audiences and international cricket stars alike.