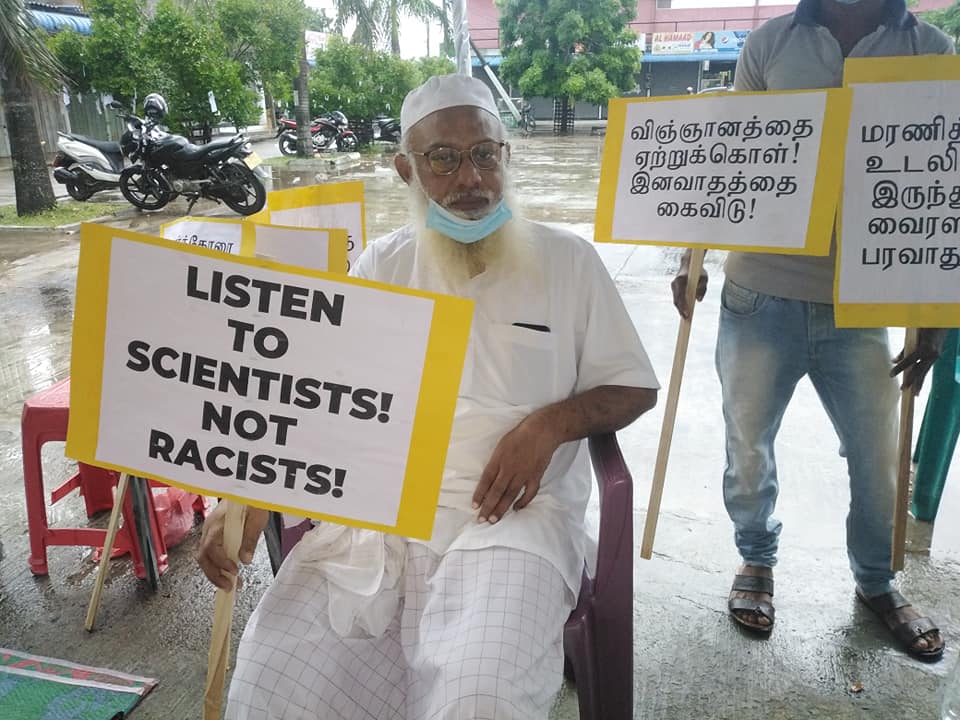 A protest was staged in Kalmunai today against the forced cremation of Muslim coronavirus victims.

Despite heavy rain experienced in the area the protesters held posters and placards and staged the peaceful demonstration.

The protesters urged the authorities to listen to scientists and not racists when deciding on disposing bodies of Muslims.

Politicians, activists and journalists took part on the protest in Kalmunai.

White ribbons were also tied on a tree during the demonstration.

Muslims have called for an end to the forced cremation of Muslim coronavirus victims as it goes against their religion.

However, the Government has said that experts have advised them to cremate all coronavirus victims and not bury.

The UN and other international agencies have insisted that there is no threat of the virus emerging if an infected body is buried. (Colombo Gazette)