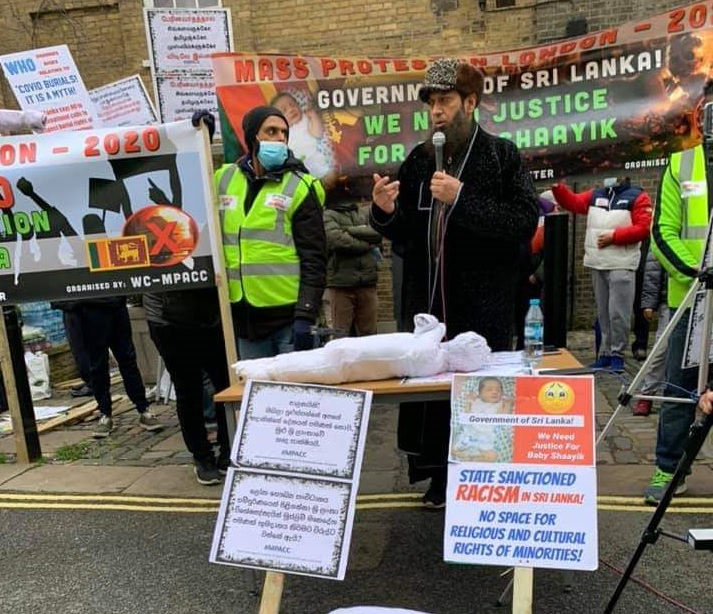 A protest was staged opposite the Sri Lanka High Commission in London today against the forced cremations of Muslim coronavirus victims.

A number of people gathered outside the High Commission and held placards and posters during the protest.

The protesters also held images of the 20-day-old child who was among those cremated by the authorities in Colombo.

The UK Government had said earlier it was concerned about the Government of Sri Lanka’s decision to mandate cremations for all those affected by Covid-19, and recognises the particular impact this is having on Sri Lankan Muslims and other faith communities.

The Minister of State for South Asia and Minister responsible for Human Rights, Lord (Tariq) Ahmad of Wimbledon, has raised concerns about this directly with the Sri Lankan High Commissioner.

The UK’s High Commissioner to Sri Lanka has also raised concerns about mandatory cremations with the Sri Lankan Government, most recently in November.

The UK said it has has shared guidance with the Government of Sri Lanka on how burials can continue to operate in a safe format, within the WHO guidelines, to ensure all religious groups can practise their rites.

The UK had said it will continue to engage with the Government of Sri Lanka on this important issue. (Colombo Gazette)