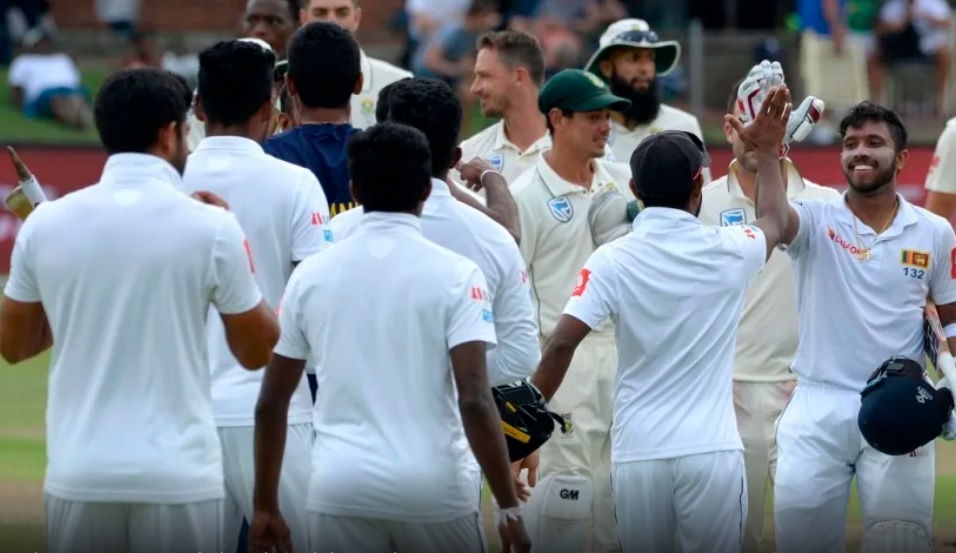 Sri Lanka’s tour of South Africa is set to go ahead as expected after SLC’s medical staff confirmed they were satisfied with the bio-bubble arrangements being planned for the series.

SLC had reconsidered the tour following England’s withdrawal from their ODI series in South Africa last week. The board was concerned about the possibility of Sri Lanka cricketers returning unwell, something that could put their home series against England in jeopardy with the first Test against England to start roughly a week after Sri Lanka’s return.

However, SLC’s medical staff has held talks with its CSA counterparts and is now confident that Sri Lanka will be able to undertake the South Africa tour with little risk of players contracting Covid-19. In addition, it is understood that CSA has agreed to strengthen their bio-security protocols as per the SLC medical team’s requests. In particular, SLC has asked for better PCR testing protocols and the hospitality staff which will cater to the teams to be kept on site.

On Thursday afternoon, CSA put out a media release saying that the two-Test series would go ahead as planned.

“Cricket South Africa appreciates the ongoing support from Sri Lanka Cricket under the leadership of Ashley de Silva, who has never wavered in its willingness to engage us in important and open discussions around our plans and the state of our readiness for the tour,” CSA’s interim CEO Kugandrie Govender said. “We are thankful that these discussions have allayed any trepidation around CSA’s ability to successfully host home tours in these unpredicted times.

“As always, we are excited to host the Sri Lankan team in this important, World Test Championship series that will yield crucial points towards the points table for the eventual winners. We are also certain that cricket fans around the world will tune in for another series of thrilling cricket on display.”

In a meeting that the SLC’s medical team had with their ECB counterparts on Wednesday, the latter’s medical officers are also understood to have supported the idea that a tour of South Africa can be completed without a breaching of the bio-secure bubble. Although England withdrew from their own tour, no England player was found to have contracted Covid-19 despite some false positives being returned at one stage.

Sri Lanka are due to depart for South Africa soon after the ongoing Lanka Premier League concludes on December 16. They are scheduled to play two Tests – in Johannesburg and Centurion – before returning home on January 8.

Both teams will be housed at the Irene Country Club in Centurion, which includes a golf course, six tennis courts, squash courts and a driving range, thus eliminating the need for teams to leave the venue, as was the case during England’s curtailed visit. England left their biosecure hotel in Cape Town to play golf at several locations, which South Africa’s interim board chair Zak Yacoob described as “lax”, but necessary to keep their visitors happy.

Sri Lanka’s first Test against England then begins on January 14. Both Tests in that England series will be played at Galle. SLC was especially nervous about putting that series in jeopardy because it carries substantial broadcast value, which the board cannot miss out on following a tough fiscal year in 2020. (Courtesy ESPN Cricinfo)