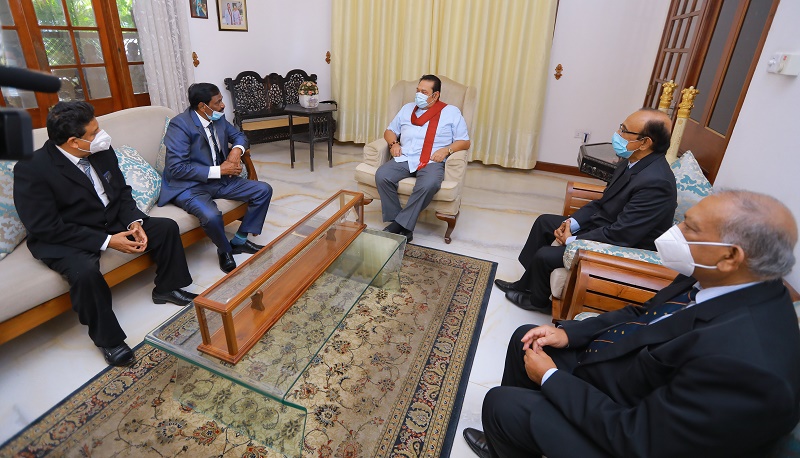 The Election Commission has also been instructed to commence legal proceedings in this regard.

Prime Minister Rajapaksa had issued the directives during a discussion with the Election Commission members at his residence in Colombo 07 this morning.

The Election Commission has been tasked with looking at the possibility of holding the Provincial Council elections under the old or a new electoral system.

The members of the Commission had informed the Prime Minister that the Justice Ministry will have to oversee the legal procedures required to amend the existing electoral system.

Stating that the existing electoral law requires to be amended, the election commission members said they require the assistance of the Parliament Selection Committee in this regard.

Responding to the commission members, Prime Minister Rajapaksa said that a request has been put forward before the Speaker of the House Mahinda Yapa Abeywardena on the matter. (Colombo Gazette)

PM admits he shared information to media when CBK was President