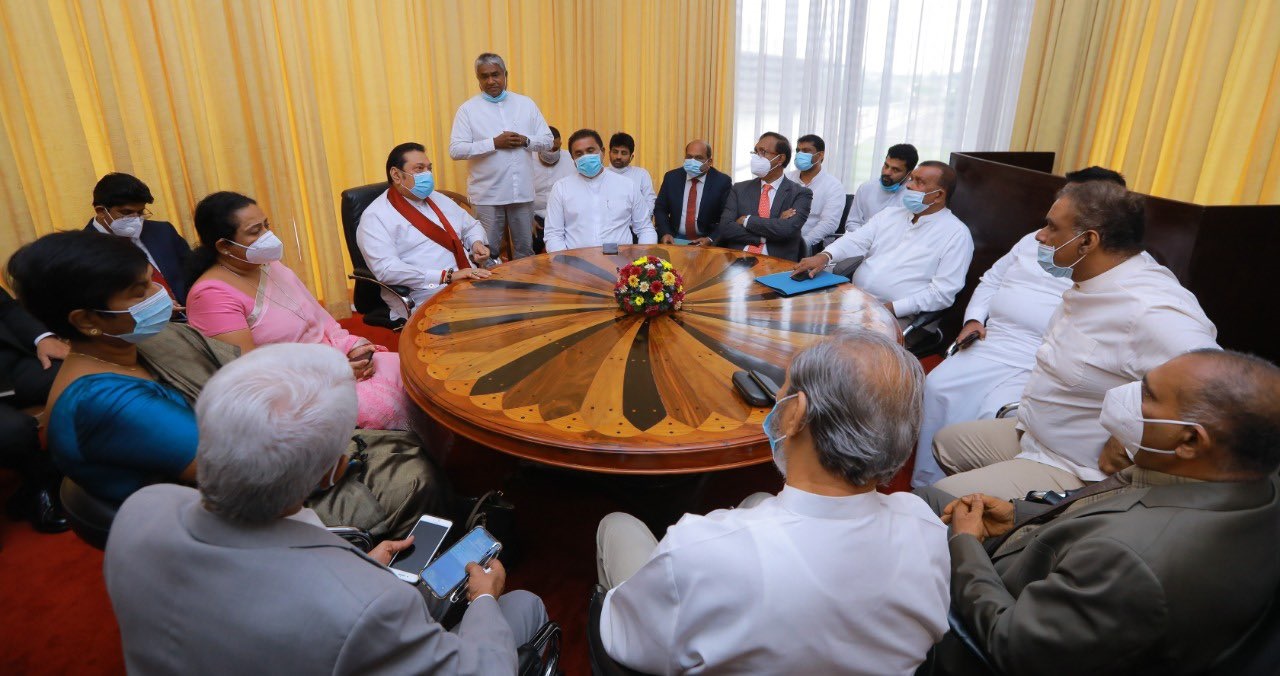 He gave the instructions following talks held today with the Health Ministry, officials and a group of Muslim Parliamentarians.

The discussion took place at the Parliament complex with the participation of some Sri Lanka Muslim Congress members who had supported the Government to pass the 20th Amendment to the Constitution.

At the meeting, the Prime Minister instructed the authorities to find dry land to bury the victims in line with the advise of health experts.

According to the Prime Minister’s Office, health experts have said that the virus will remain in the dead body of an infected person for 36 days.

Meanwhile, the Prime Minister had told the Muslim MPs who attended the meeting that decisions with regards to the pandemic cannot be taken based on race or religion.

He requested the Muslim MPs to support the Government in its efforts to contain the spread of the virus.

Muslims have raised concerns over the Government’s decision to cremate the remains of Muslim coronavirus victims saying it goes against their religious beliefs.

A number of family members of Muslim coronavirus victims have not accepted the bodies resulting in the forced cremation of the remains by the authorities. (Colombo Gazette)