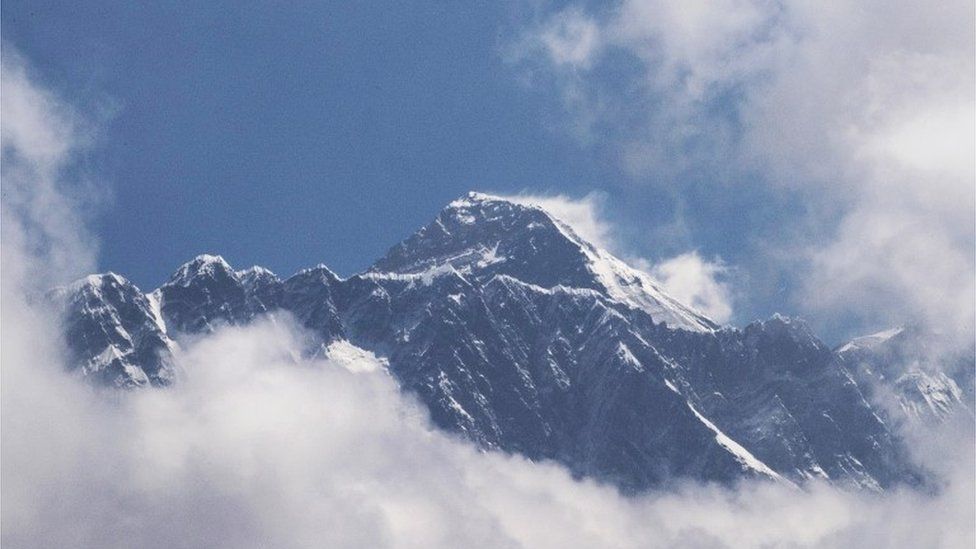 The world’s highest mountain Mount Everest is 0.86m higher than had been previously officially calculated, Nepal and China have jointly announced.

Everest stands on the border between China and Nepal and mountaineers climb it from both sides.

Officials at Nepal’s foreign ministry and department of survey said surveyors from both countries had co-ordinated to agree on the new height.

The agreement to jointly announce the new measurement of the Earth’s highest point was made during Chinese President Xi Jinping’s visit to the Nepalese capital, Kathmandu last year.

The Chinese surveyors had calculated their figure after they measured the mountain in 2005.

Nepal’s government officials told the BBC in 2012 that they were under pressure from China to accept the Chinese height and therefore they had decided to go for a fresh measurement to “set the record straight once and for all”.

The 8,848m height Nepal had been using for Mount Everest was determined by the Survey of India in 1954, but for the first time the country has now conducted its own measurement of the summit.

Four Nepalese land surveyors spent two years training for the mission, before heading to the summit.

“Before this, we had never done the measurement ourselves,” Damodar Dhakal, spokesman at Nepal’s department of survey, told the BBC.

“Now that we have a young, technical team [who could also go to the Everest summit], we could do it on our own,” Mr Dhakal said.

Nepal’s lead surveyor Khimlal Gautam lost his toe due to frostbite while on the summit to install height-measuring equipment last year.

“For summiteers, scaling the highest peak means a great accomplishment. For us, it was just the beginning,” Mr Gautam had told BBC Nepali after his return.

“Unlike other surveys of the Everest in the past, we chose 03:00 to minimise errors that could have been caused because of sunlight in the day time.”

Some geologists have suggested a major earthquake in 2015 may have had an impact on Mount Everest’s height. The 7.8 magnitude earthquake killed nearly 9,000 people in Nepal, and caused an avalanche which buried parts of the base camp at the mountain. At least 18 climbers were killed. (Courtesy BBC)