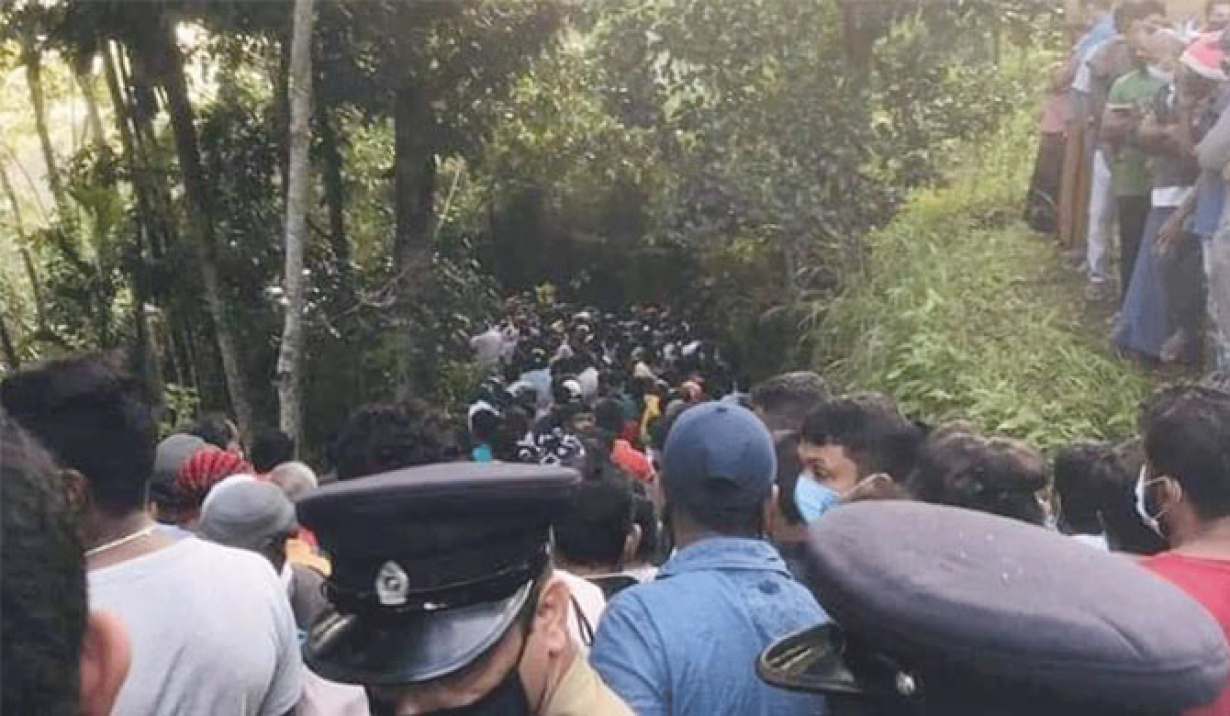 The Police have sought a report on the large gathering in Kegalle today to obtain a cure being distributed for the coronavirus.

Police Spokesman, Deputy Inspector General (DIG) Ajith Rohana said that video footage of the event was in the process of being studied.

He also said that a report has been sought from the area Police in order to take the next step.

DIG Ajith Rohana said that the organiser of the event had informed the Police in advance that he was going to distribute the medicine but he had not expected a large gathering.

According to the Police Spokesman an unexpected crowd had turned up when the medicine was being distributed.

Thousands of people gathered at a temple in the Hettimulla area in the Kegalle District today to receive free samples of an Ayurvedic medicine, said to be able to cure coronavirus patients.

The local concoction created by Ayurvedic Doctor Dhammika Bandara was recently tasted by Health Minister Pavithra Wanniarachchi and other State officials, with discussions underway to verify its effectiveness.

Public health inspectors had warned that large gatherings in public places, similar to that seen in Kegalle today, could pose a serious threat. (Colombo Gazette)