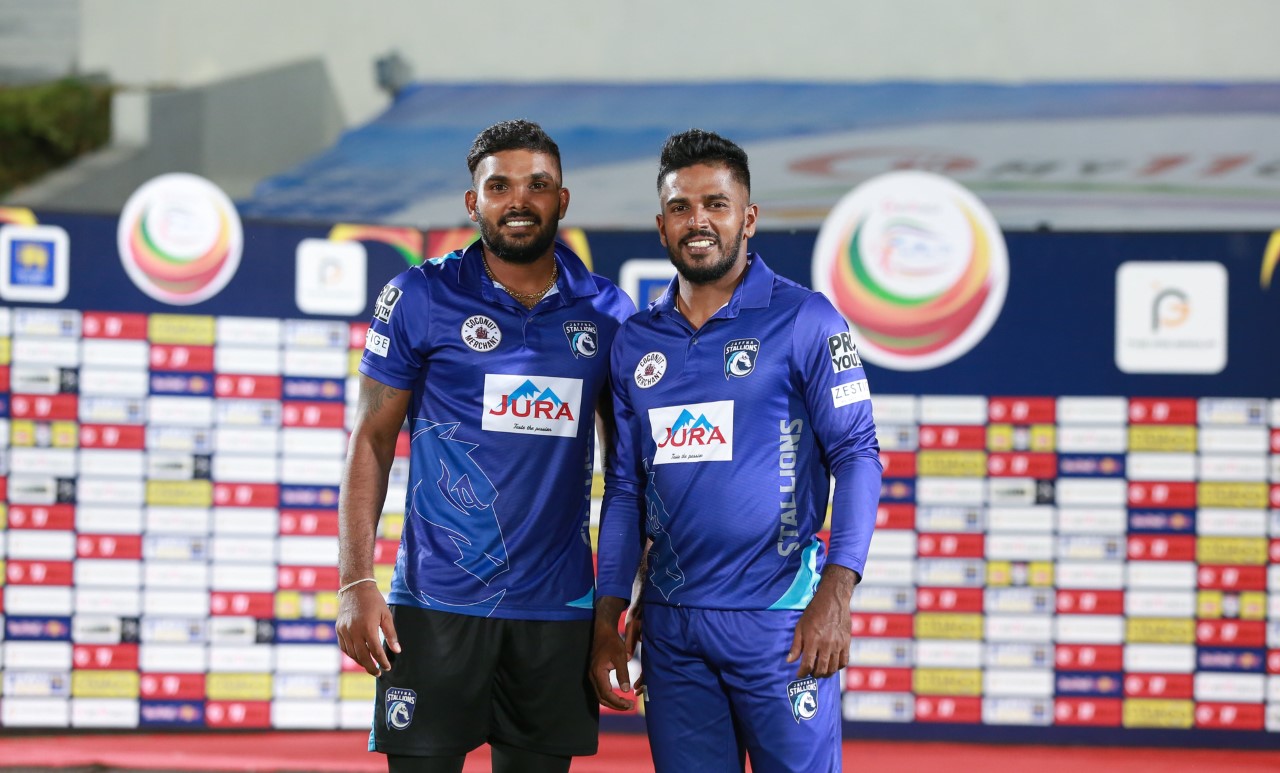 The ongoing Lanka Premier League has a unique combination of four pairs of brothers either taking part as players or officials, the Sri Lanka Cricket Board said today.

Wanindu Hasaranga and Chaturanga De Silva are brothers, and both Sri Lanka National players, currently playing for Jaffna Stallions, as all-rounders and, even batted together.

Hasaranga is the younger of the two, and both of them are happy that they have got an opportunity to represent the same team in a tournament of this magnitude.

Joining them is Vishwa and Nuwanidu Fernando. Vishwa, the senior, out of the two and already represented the country in all formats, whilst Nuwanidu, is a First-class player.

Another pair of brothers in the LPL are the Labrooy brothers, and the duo represents the
Match Referee Panel.

Out of the two, Graeme is the senior and has represented Sri Lanka in both Tests and ODIs, whilst Wendell, the younger Labrooy toured with Sri Lanka ODI team to take part in a triangular tournament in Sharjah. He has also played in the Hong Kong Sixers.

They also hold the rare feet of two brothers, representing the International Panel of ICC Match Referees at the same time. Graeme’s first LPL outing took place in the inaugural game of the tournament, whilst his brother got into action on the 27th November, by officiating the Jaffna Stallions vs Galle Gladiators game.

The Labrooy brothers are elated with the opportunity to referee in the same tournament, which is also Sri Lanka’s topmost T20 league.

Kottahachchi brothers are the 4th pair of the brothers at the LPL.

They come from a family of four brothers and all of them, officiate as Umpires in Sri Lanka’s First-Class Cricketing circle.

Rohitha, the senior out of the two brothers officiating at the LPL is a former First-Class cricketer and is a First Class Umpire since the year 2000, and currently serves on the SLC’s Premier Umpiring Panel.

His younger brother, Ravindra also a former First Class Cricketer and was elevated as a First Class Umpire since 2006, and currently serves in the Premier Umpiring Panel of Sri Lanka Cricket.

The younger Kottahachchi started his LPL duties by appearing as the 4th Umpire during a game between Kandy Tuskers vs Dambulla Viiking, while Rohitha Kottahachchi officiated the Galle Gladiators vs Colombo Kings game as the on-field umpire on the 28th of November 2020.