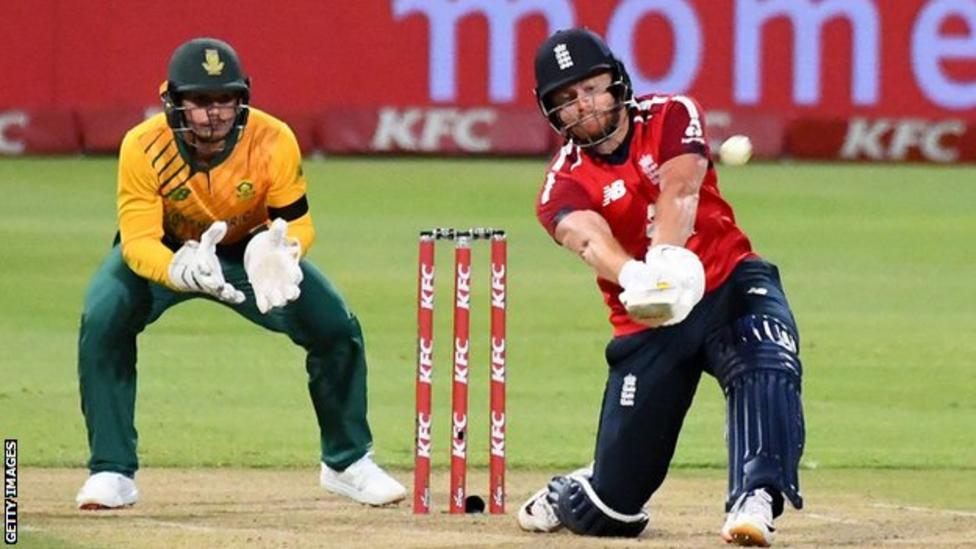 England’s tour of South Africa has been abandoned after a number of a positive coronavirus tests.

A three-match Twenty20 series was completed, but a three-match one-day series has been postponed.

A statement said the tour was called off to “ensure the mental and physical health and welfare of players”.

England are still waiting for ratification of their positive tests, with the two people affected set to be tested again on Monday.

The results will not come before Tuesday at the earliest and the tourists will not leave South Africa before they have been received.

The England and Wales Cricket Board (ECB) and Cricket South Africa (CSA) said they will look to reschedule the ODIs, which form part of the International Cricket Council Super League.

ECB chief executive Tom Harrison said: “We have always maintained that the welfare of our players and management is paramount.

“We were concerned about the potential impact that recent developments might have on the wellbeing of the touring party, and so after consultation with Cricket South Africa, we have jointly made the decision to postpone the remaining matches in this series, in the best interest of the players’ welfare.”

Acting CSA chief executive Kugandrie Govender said: “The concern over the mental health impact of recent events on all involved is not one that we as CSA or the ECB take lightly, and the decision to postpone the tour is the most responsible and reasonable course of action for us.”

Ashley Giles, managing director of England men’s cricket, is with the team in South Africa and says extra steps will be taken before future assignments abroad.

Asked if players would be asked if they wished to travel, Giles said: “Absolutely. On the back of this an important part of it will be mental health screening.

“These are very difficult environments, those layers of bio-security just add a different level of anxiety.

“These guys have been living in bubbles for long periods of time and their mental health and wellbeing is the absolute priority for us.

“If we consistently say that’s the most important thing for us, when we’re tested we can’t move away from that.”

England also released a statement rejecting any suggestion that their use of nets at Newlands in Cape Town was a factor in the outbreak, saying their decision to practise in the nets came as a result of “unacceptable” facilities.

England used the nets on Thursday, the day before Friday’s first ODI, which was called off after a South Africa player tested positive for coronavirus.

The nets are next to a building site at the Kelvin Road End of the ground and were not designated for use during the series.

“On arrival at Newlands on 3 December, we advised the venue the three nets provided on the main pitch were not of a standard for conducive practice,” read an England statement.

“We requested with Cricket South Africa we would like to use the practice nets and that we would create a security cordon to ensure the players and coaches could enter the facility safely, as done previously on 28 November.

“This was confirmed by England’s security team, the team operations manager and the team doctor. We were satisfied with this outcome and we were able to practise in the net facility safely.” (Courtesy BBC)